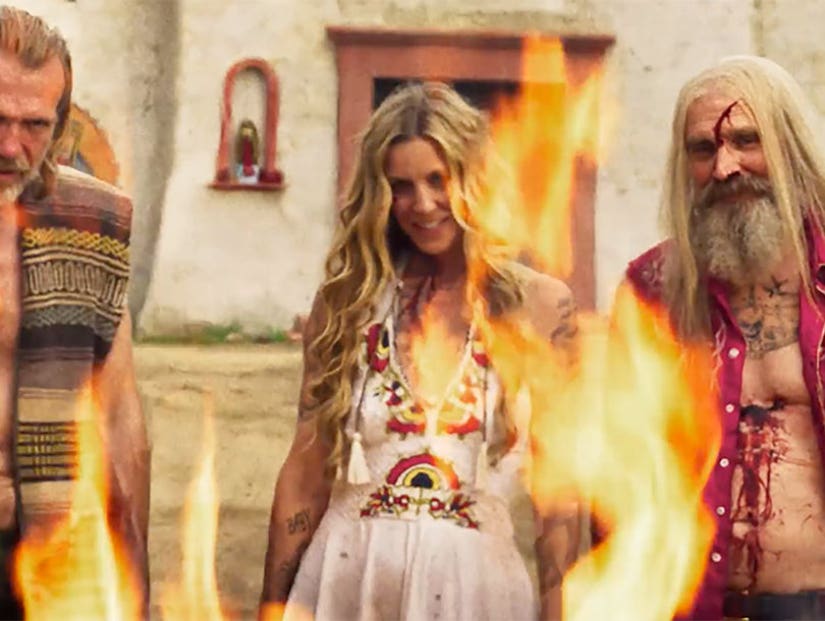 15 years after the Firefly family seemingly met their bullet-ridden end in "The Devil's Rejects," they're back in director Rob Zombie's new sequel, "3 From Hell."

The first full trailer for the movie dropped Monday morning, picking up just moments after the events of the 2005 movie, itself a sequel to "House of 1,000 Corpses."

Though a newscaster says the "chances for survival are less than a million to one" following the murderous clan's showdown with police, Otis (Bill Moseley), Baby (Sheri Moon Zombie) and Spaulding (Sig Haig) all apparently beat the odds -- and made a few fans along the way.

After an escape, they're joined by Richard Brake's Foxy on another rampage.

"The journey of these characters has always been special to me and I am thrilled to finally let the fans experience the next episode of the Firefly madness," said Zombie in a statement. "This project was a true labor of love for everyone involved and we know we have created something amazing for the loyal followers of these films. Let the insanity begin!"

Lionsgate and Saban Films will release the film in 900 movie theaters on September 16, 17 and 19. Tickets go on sale this Friday at Fathom Events.