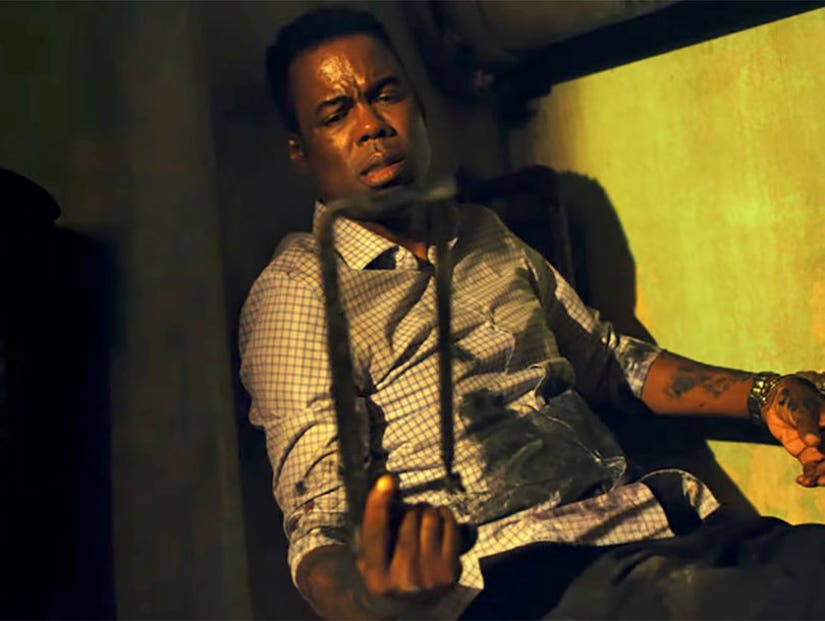 This time, cops are the target.

There's a new "Saw" movie on its way, but this one doesn't look like anything that's come before it.

The sneak peek begins innocently enough, with two partners having smalltalk about their significant others before they get a call about an officer down. That leads them to one of the first victims of this new killing spree, a spree which appears to be targeting cops.

From there, we get shots of one of the franchise's trademark traps, before the trailer ends with a glimpse of Rock in handcuffs, with a saw just in reach. Yeah, we don't want to know how that ends.

Below is the official plot synopsis. "Spiral," directed by Darren Lynn Bousman, hits theaters May 15, 2020.

A sadistic mastermind unleashes a twisted form of justice in SPIRAL, the terrifying new chapter from the book of SAW. Working in the shadow of an esteemed police veteran (Samuel L. Jackson), brash Detective Ezekiel “Zeke” Banks (Chris Rock) and his rookie partner (Max Minghella) take charge of a grisly investigation into murders that are eerily reminiscent of the city's gruesome past. Unwittingly entrapped in a deepening mystery, Zeke finds himself at the center of the killer's morbid game.