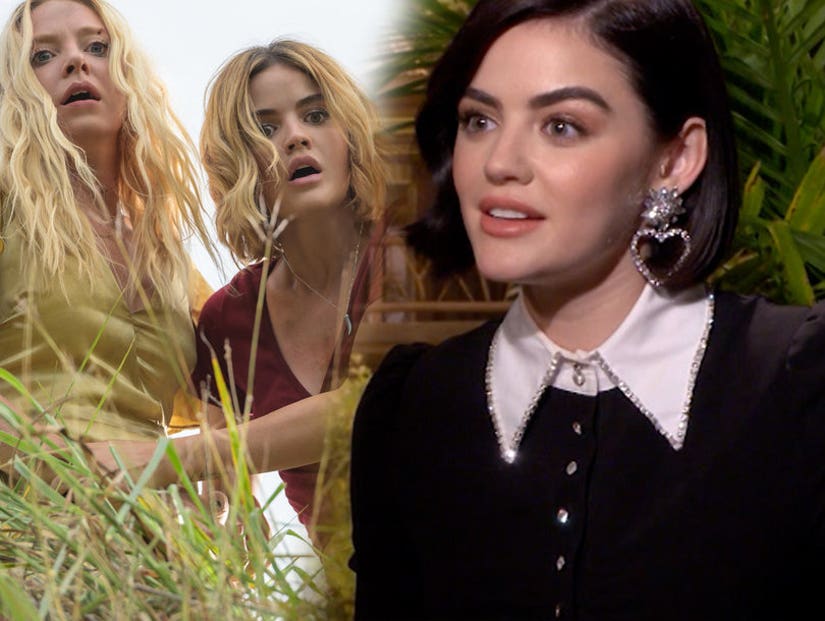 Hale and the film's director also open up about filming the thriller in Fiji.

In "Fantasy Island," Lucy Hale and a group of strangers win a getaway to the titular resort, only to have their deepest desires become absolute nightmares once they get there.

As the movie puts a fresh spin on the old "Be careful what you wish for" adage, the characters' fantasies are quickly turned against them as they fight for their lives. Keeping that in mind, we tasked Hale with coming up with horrific ways our TooFab staff wishes could go horribly wrong and she did not disappoint.

Yes, she even found a way for a dream date with Henry Cavill to end in disaster. 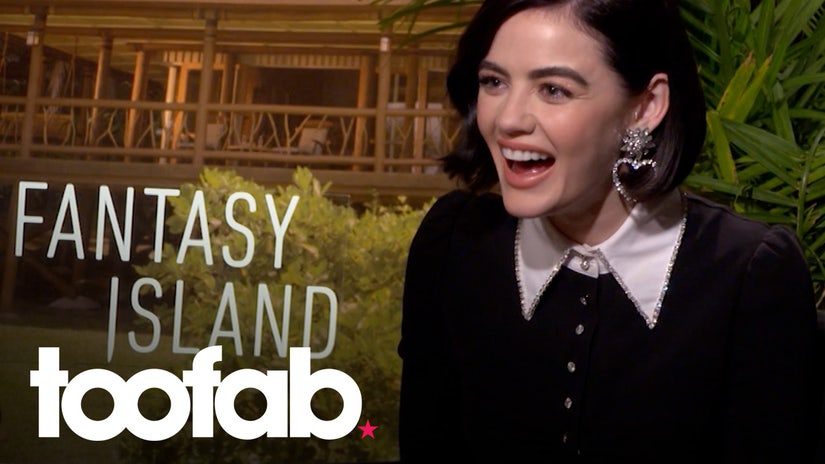 As for her own fantasy, the "Katy Keene" star said she would love to be able to talk to her dog, but worried that could easily backfire if he told her, "I really don't like you."

While filming the new Blumhouse thriller in Fiji, Hale and the rest of the cast actually shacked up on a cruise ship for the first two weeks of production. Hale, however, wouldn't go so far as to actually call it a "cruise ship."

"It's just a large boat, but it was very nice," she explained. "It was the first two weeks of filming and if you've been on a cruise ship or a boat, there's cramped quarters, you eat meals together, there's one living space, so you just ... it was fun though, because everyone's so great."

In the end, she said the situation -- which included family dinners and game nights -- "only helped with our chemistry" when it came time to shoot the movie. 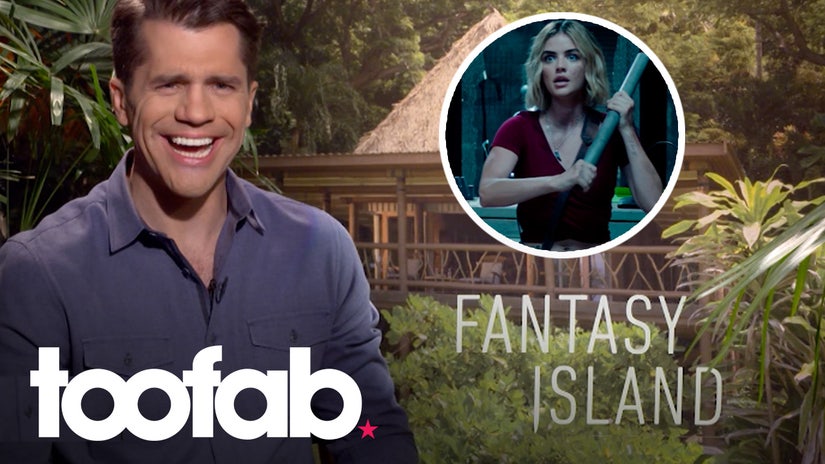 Explaining the decision behind their time aboard a boat, director Jeff Wadlow said their hero location, the locale they used for the resort itself, was in a "more remote part of Fiji."

"It was too far away, there wasn't enough hotels for the cast or the crew and only 15-seater airplanes could land," he said. "My line producer had the brilliant idea -- let's just buy out a cruise ship, put the cast and crew on it, lash the gear to the deck."

This is the director's second time collaborating with Hale, who also starred in his 2018 Blumhouse horror flick "Truth or Dare." Of Lucy, he called her a "pro" and "an incredible artist" with whom he loves to work.

"She understands the dance between the actor and the camera in a really profound way," he added. "She understands there's certain story points we need to convey, but she also finds ways to invest humanity and emotion on all those plot points. The whole cast was fantastic on this film ... it was an embarrassment of riches."

See them all in action when "Fantasy Island" hits theaters Friday, February 14. 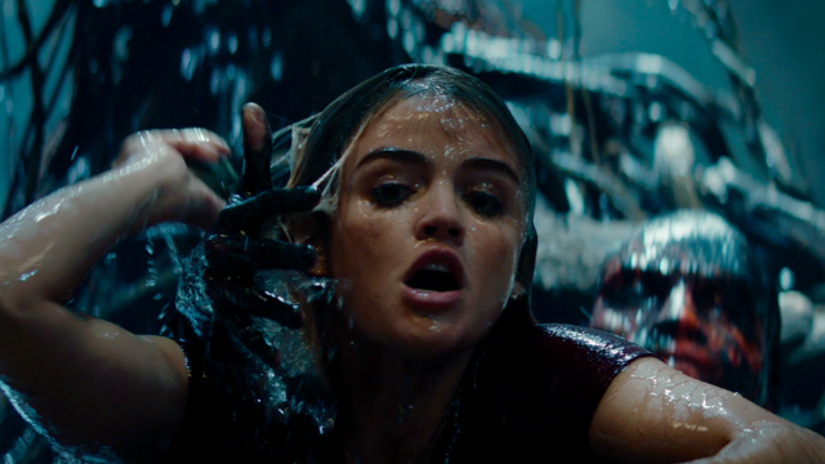