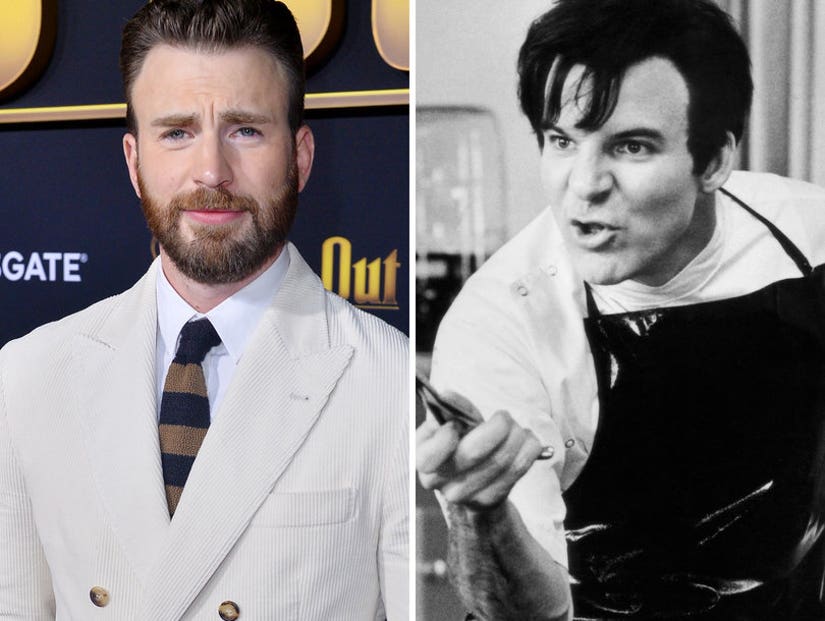 Evans previously spoke about wanting to be in the movie -- and someone was clearly listening!

Chris Evans may have just willed a role in "Little Shop of Horrors" into existence.

In a 2019 interview with The Hollywood Reporter, the Captain America star said he wanted to do a musical "so badly" following "Avengers: Endgame" -- and specifically mentioned Warner Bros. upcoming remake of "Little Shop." At the time, he said, "I was like, 'Oh, can I be down? Please? Can I be the dentist?'"

Well, that now appears to be happening.

On Monday, THR reported Evans was "in negotiations" to play sadistic dentist Orin Scrivello in director Greg Berlanti's remake. The role -- played by Steve Martin in the original film musical -- will allow Evans to show off his singing chops, as the character belts out the song "Dentist" in the production.

Hours after the post went live, Evans seemingly confirmed the news by retweeting it with a simple tooth emoji.

"Little Shop" has had quite some legs in Hollywood over the years.

The project originated as a 1960 Roger Corman flick featuring a very young Jack Nicholson in a minor role, before becoming a stage musical. That version was then adapted into the 1986 film starring Rick Moranis and Ellen Greene.

Most recently, the show got an Off-Broadway revival starring Jonathan Groff.