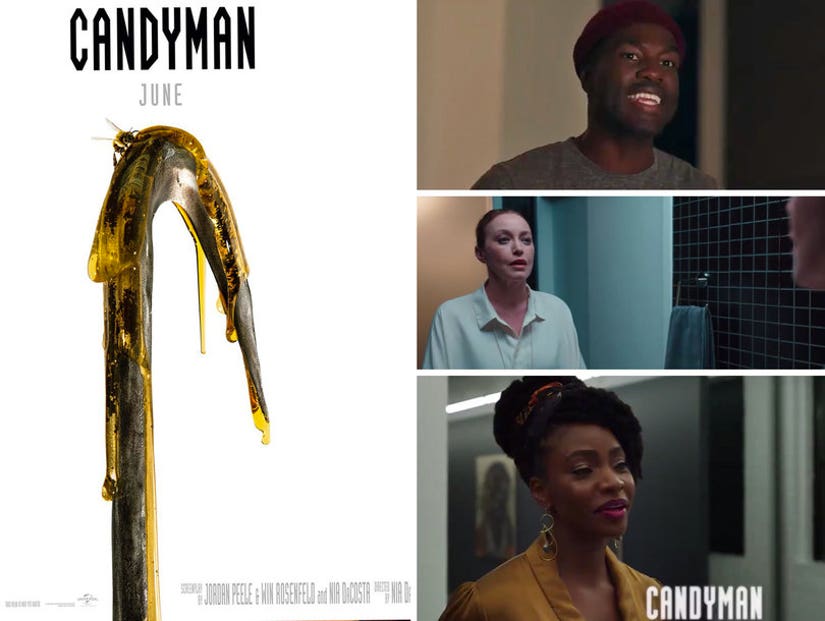 Anyone brave enough to say his name five times on social media this morning got a sneak peek at the new "Candyman" movie coming from director Nia DaCosta and writer/producer Jordan Peele.

The official Twitter account for the "spiritual sequel" to the 1992 classic starring Tony Todd and Virginia Madsen dropped the first footage from the film Tuesday, showing the cast repeating the hook-wielding horror icon's nickname.

Dare to say his name.

Anyone who shared that post while also typing out #Candyman 5x also got some additional footage, highlighting the killer's hook. The full trailer for the movie will drop Thursday.

@TooFab Prepare to be hooked. The first trailer for #Candyman drops Thursday. pic.twitter.com/nXdP72hwmJ

The original "Candyman" followed Madsen's character as she investigated the Candyman urban legend in the Cabrini–Green housing projects. The new movie will reportedly be set in the same community, which has since been gentrified. No other solid details about the plot have been revealed, though the movie will star Yahya Abdul-Mateen II, Colman Domingo, Teyona Parris and will reportedly involve Tony Todd in some way.

TooFab briefly caught up with DaCosta about the project in 2019, where she did her best to avoid spilling anything major.

"What can I say?" mused DaCosta when asked what she hopes to explore in the new movie, expressing interest in the "contemporary world" in which they're setting the film. 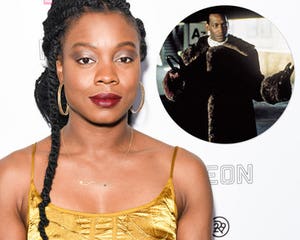 "And the Chicago that exists today and what horror looks like," she added, "not just in a supernatural state, but in a very, real grounded one. I think our Candyman's going to do a good job of that."

Last year, DaCosta had to clarify that Abdul-Mateen II was "not replacing Tony Todd," which only led to further speculation that Todd himself could return.

"I shouldn't have said anything!" DaCosta told TooFab with a laugh. "It's just like, I was so stressed out because it's really tricking me -- and I'm learning the best thing to do is to literally say nothing, but here I go talking some more -- I officially have no comment on anything about anything about that." 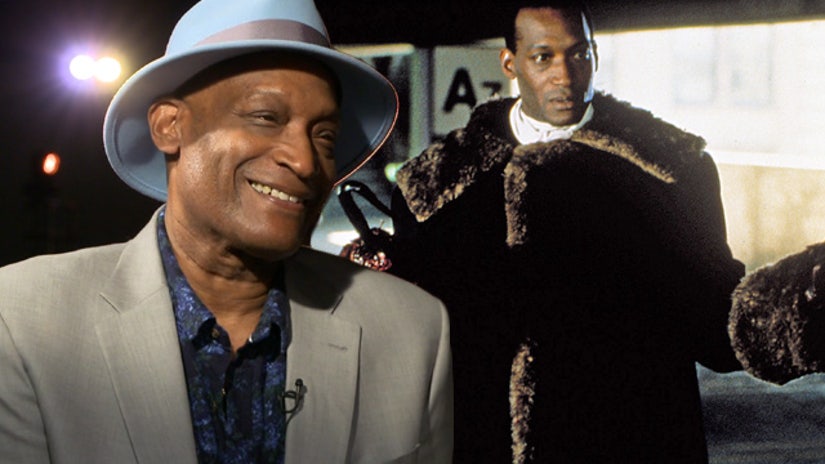