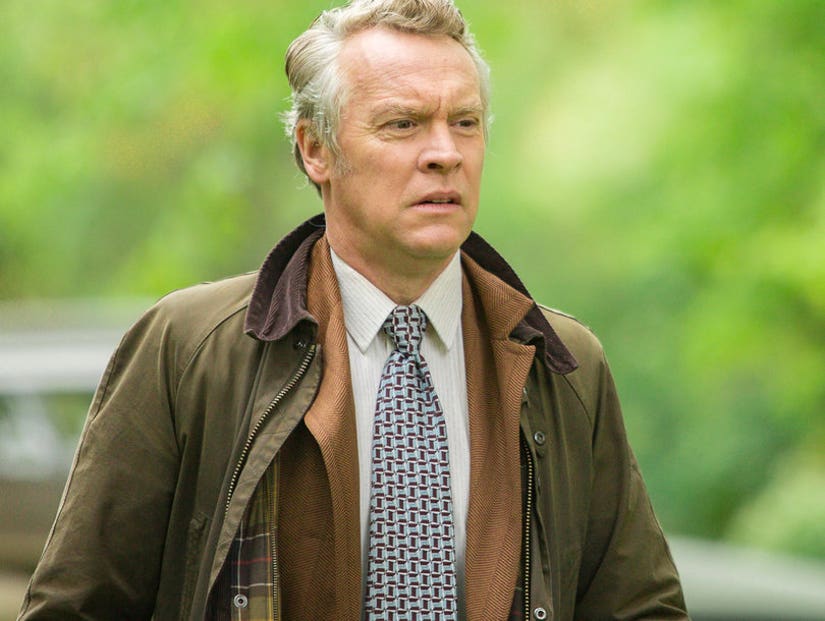 There may be 48 years between the events of "Tuscaloosa" and the present day, but the clashes at the heart of the film are just as prevalent today, so says star Tate Donovan.

Adapted from the W. Glasgow Phillips novel of the same name, the drama is set in 1972 Alabama and highlights the racial divide between the white middle class and young black activists. In the middle of the mess is Donovan's doctor character, who runs a mental asylum and is involved firsthand in some of the brutality against the black community.

As the civil rights movement takes off against the Tuscaloosa elite, the doctor's son is torn between the warring factions.

TooFab caught up with Donovan ahead of the film's release in theaters, on VOD and Digital HD on March 13, where he drew parallels between the film and where we are in 2020. He also reflected on filming this around the same time as another '70s-set film, the Elton John biopic "Rocketman," and his shock over star Taron Egerton's lack of Oscar nomination.

I wore outfits that my father wore. My father was a doctor, too, oddly enough. And at one point, he was asked to be the head of a mental institution up in New Hampshire. And so I went up to a mental institution with them and it's interesting. It's just reminding myself of my dad ... not necessarily his political views. Just the clothes, the hairstyle, it was crazy.

Was it weird venturing back to the '70s as an adult now?

The director even said he hoped to make a film that was still timely, even though it was set so many years ago. Do you hope audiences come away with this perspective and see the parallels?

Exactly that. I'm sure that they can sort of have the distance like, 'Oh, this is in your '70s, this isn't about me.' But then by the end of it, go, 'Wow, yeah, that's really is still relevant.' It's still touching on problems that we're all having in the South. There's a reason why it took place in Tuscaloosa. It was a really important place in terms of civil rights and it still is today, they're still going through this stuff today.

For you to play this character that obviously is not the lovable one of the film, what was it like tapping into that side of humanity?

It's funny you say that, because to me, I sort of just approach the role as a father who loves his only son desperately and would do anything to protect him and have him be raised to be a man who he respects. I sort of don't look at the character as sort of a bad guy. Actors sort of look at like what they want, try not to judge the character like the audience would or will.

Between this and Rocketman, you explored very different sides of the '70s, back to back, was that jarring at all to go from one to the other?

Not really. It was a really different experience. I did get to wear a slightly similar polyester cloak. Rocketman was a blast, it was crazy, really fun and mostly improv-ed. Working with Taron, I felt like I was working with Elton John himself. He had so much presence, so much power as an actor. I felt, oddly enough, very similar to Devon [actor Devon Bostick, who plays his son in Tuscaloosa]. He was just excellent, an excellent actor, very subtle. And I just very quickly and naturally took to the relationship that we had. There was a certain relaxed chemistry that we had immediately. Both films were effortless to act in.

We believe Taron should have gotten an Oscar nomination for Rocketman.