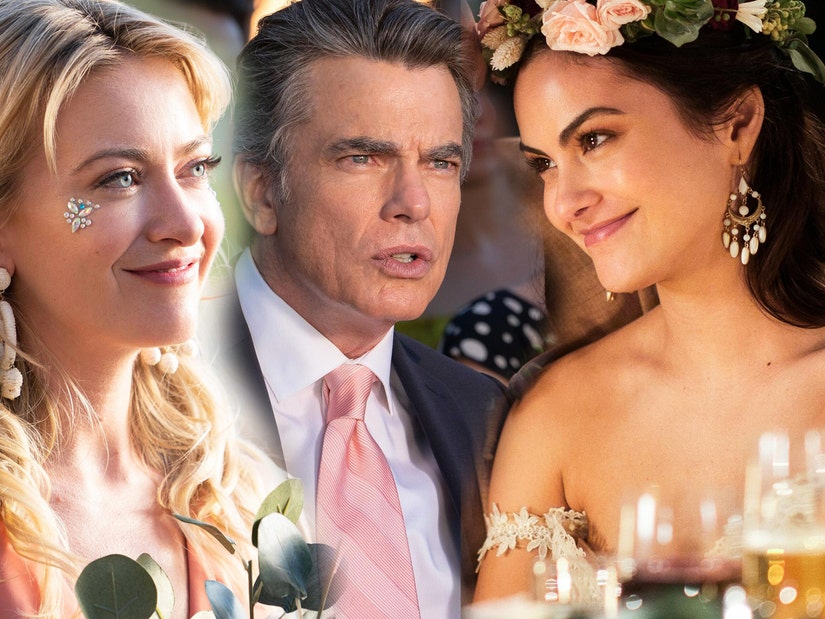 The movie became unexpectedly timely with most people in lockdown.

When "Palm Springs" hits Hulu this week, it'll provide some much-needed laughter and fresh material to anyone burning through their streaming platforms during lockdown.

In the new movie, stars Andy Samberg and Cristin Milioti are forced to relive the same day -- a wedding -- on repeat, in a seemingly endless loop. It's a theme that became accidentally timely amid the pandemic, as shelter-in-place orders and social distancing mandates led to some seriously repetitive behavior at home.

TooFab caught up with Camila Mendes, Meredith Hagner and Peter Gallagher ahead of the film's release, where they revealed how they're breaking up their routines during the coronavirus pandemic ... and the "O.C." love that spilled over onto the set. 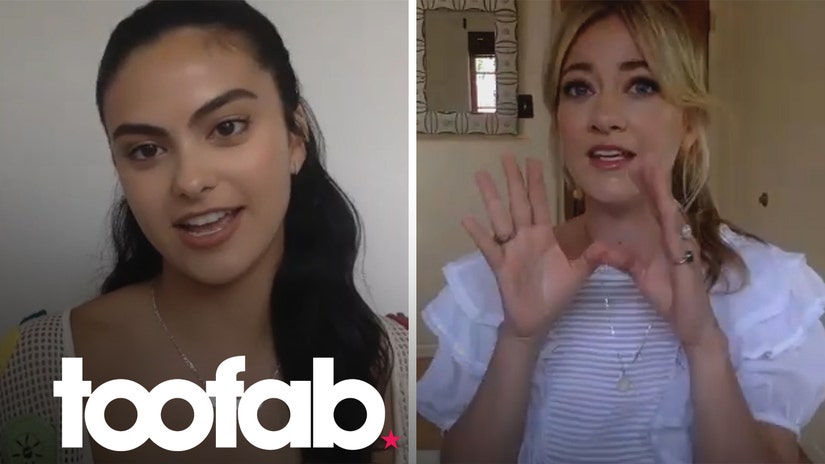 "I just like really try to have conversations with the people delivering Seamless," joked Hagner. "I will like yell and ask them personal questions about their life to the point where my husband's like, 'That's weird, you gotta stop doing that.'"

"So I've learned to then just call friends and family and just try to connect that way," she added.

For Mendes, this time hasn't felt all that "mundane" just yet.

"I think there was so much that I had to deal with in my life that kept me very busy," she explained. "I feel like I've been just staying present by engaging with a lot of friends ... I think  there's so many old friends of mine that live in other places, so now that I have the time to talk to them and catch up, it just felt like I needed to be reminded of that."

While Gallagher made sure not to downplay the "disastrous situation we're in" and the many lives lost, he added that this time at home with his wife isn't unlike downtime he usually has between TV and film projects.

"An actors' life is pretty much like being in quarantine," he said. "My wife and I have often been home alone together when the rest of the world was working, because it's this odd schedule actors have, so I find it strangely comforting."

"You do the things you do. I try to sing a little, I try to read a little, try to stay in some kind of shape. Keep the house going, and fix stuff," he added, saying they've also been doing some home improvement projects.

"We've been doing a lot of work around the house because we've been here for thirteen years, but I've never been home long enough to get a lot of stuff done," said Gallagher. 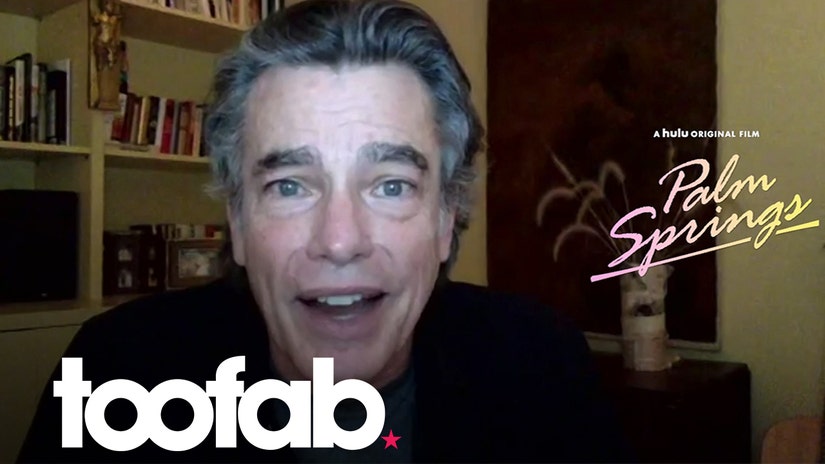 Working on the Hulu film gave Mendes the opportunity to geek out over Gallagher, who she was a fan of from his work on "The O.C."

"When I found out he was going to play my dad I lost it," she told TooFab. "He's such a legend and the kindest human. He was everything I wanted him to be and more."

While Rachel Bilson's Summer Roberts was her idol on the Fox soap, she said "Sandy Cohen was definitely a second favorite for me."

Andy Samberg and his group, The Lonely Island, were also big fans of the show and even spoofed it in a very memorable digital short on "SNL" (below). While it became one of the show's most iconic videos, Gallagher admitted he had never seen it.

"You know, it's so funny ... I didn't see it back in the day but someone just told me about it," he revealed. "I didn’t even really put two together that Andy was a big 'O.C.' fan. I'm a big Andy fan, that's all I needed to know."