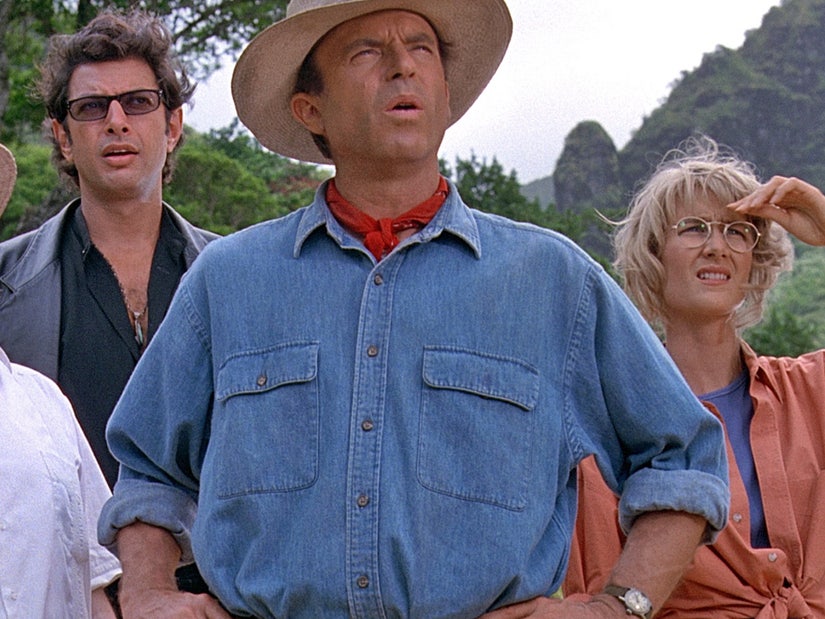 It's been 21 years since he last played Dr. Alan Grant.

Monday marks original "Jurassic Park" star Sam Neill's first day at work on the upcoming "Jurassic World: Dominion," which will see him reprise the role he first made famous way back in 1993.

Ahead of his first day on set, the actor shared his excitement Sunday on social media, posting a photo of him from 2001's "Jurassic Park III," the last time he played Dr. Grant.

"Hold onto your hats - gettin' my old one back on this week, and facing off dinosaurs once again. Best yet," he tweeted, saying he'll be appearing alongside returning OG trilogy stars Laura Dern and Jeff Goldblum, as well as new trilogy stars Chris Pratt and Bryce Dallas Howard.

"Excited and terrified -- these things will kill ya," he added. "I'm obviously a little more ... grizzled now."

He shared the same photo on Instagram and added, "Tomorrow I'm back in The Grant Hat and into the Whole Jurassic World. Terror knows no bounds."

Dern will be returning as Dr. Ellie Stattler, marking her first appearance since "Jurassic Park III" as well -- while Golblum is back after making a cameo as Dr. Ian Malcolm in "Jurassic World: Fallen Kingdom."

While the movie shut down production due to the coronavirus pandemic, it became one of the first major films to resume filming again at U.K.'s Pinewood Studios in July.

"For many of us, Dominion was already the biggest creative challenge of our lives, before the lockdown," director Colin Trevorrow told Empire. "The shooting schedule really worked to our advantage – the first four weeks we put to film were mostly sequences with dinosaurs in them. So that allowed us to get a head start on VFX and workshop some of the newer elements without the pressure of a looming deadline."

"I’m confident our guidelines will keep us safe," he added. "The hard part will be constructing a creative environment within all the precautions. Once the cameras roll, we have to forget our world and live in the world of the movie. That may take some practice."