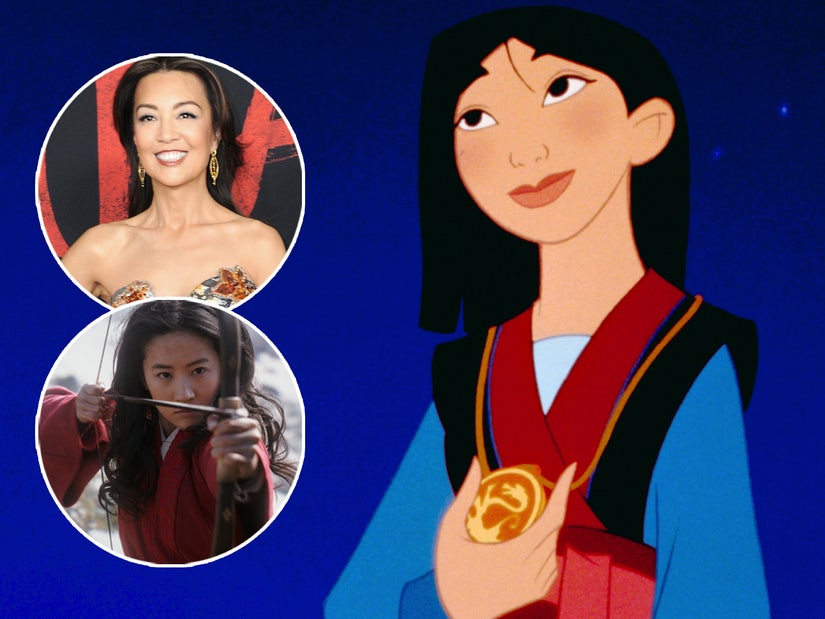 Wen shares photos of her and her daughter from the set, calling it a "priceless life experience" for them both.

Disney's live-action "Mulan" took a few deviations from the 1998 original, but Christina Aguilera's "Reflection" wasn't the only callback to the animated film.

Ming-Na Wen, the "Agents of S.H.I.E.L.D." star who voiced the titular character back in the day, makes a brief cameo at the very end of the new movie.

Styled to look just like Mulan did in the cartoon before leaving her village to take her father's place in the Chinese army (see comparison below), Wen's character is the one who introduces the warrior to the Emperor after defeating Bori Khan. 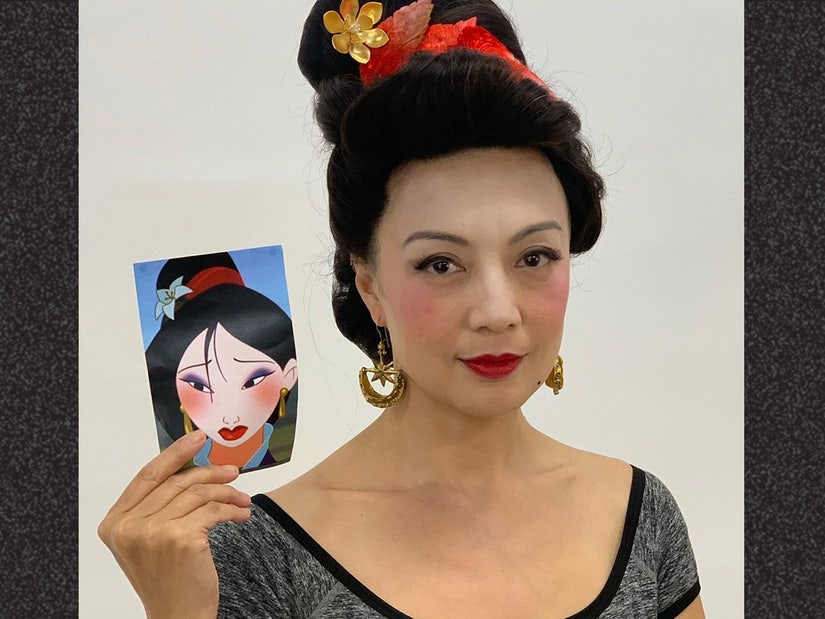 Following the movie's opening weekend on Disney+, Wen shared a number of photos from the set to social media, showing the elaborate hair, makeup and costumes she wore for the scene.

"This almost didn't happen," she captioned the post. "How did I get here? Well, it was quite a huge undertaking!"

"I am BEYOND thankful to #agentsofshield producers, @Disney, my team, Jason Reed & @nikicaro who all worked so hard to make this possible," she continued. "The costume, makeup & hair dept were incredible! The sweetest, most fun and talented cast & crew! It was just meant to be."

"My cameo was also a BIG secret. In fact, I am only permitted to post NOW," she added. "Even though it's been 3 days of many fans' & casts' postings as well as numerous articles that already came out since its debut."

She thanked the fans for their support online, saying "the enormous outpouring of joyful surprise, excitement, and even tears from Mulan fans made all the effort worth it!"

"What an incredible gift to have such diehard fans as part of my life and career for over 2 decades!!! Thank you a gazillion times!!!" she exclaimed. "I am overwhelmed by your love and emotions. You are all in my heart! I love each and every one of you to the ends of the universe!"

In a follow-up post, she shared a better look at her with her 19-year-old daughter Michaela, who also appeared in the movie.

"I got to share a very special moment with my baby girl," she added. "Priceless life experience. Thank you to everyone who helped to make this happen."

In an interview with the New York Times, Wen revealed just how tricky it was to pull off the cameo.

Initially, she was meant to appear in the matchmaker scene at the beginning of the film, playing Mulan's potential mother-in-law -- but, because of the amount of time production would need her in New Zealand, it just didn't work out for her "S.H.I.E.L.D." schedule.

"Then [producer] Jason and [director Niki Caro] came up with this great idea where instead of shooting an entire scene, I'd just make a cameo at the very end to announce Mulan to the emperor," she explained. "I thought that was very appropriate and just wonderful, a little Easter egg where I could pass the baton. And this time, they only needed me there for a week. So it all worked out!"

It was Caro who wanted the look to mimic Mulan's from the animated film, with Wen adding that she "felt delicious" in her wardrobe.

"Mulan" is streaming now on Disney+.