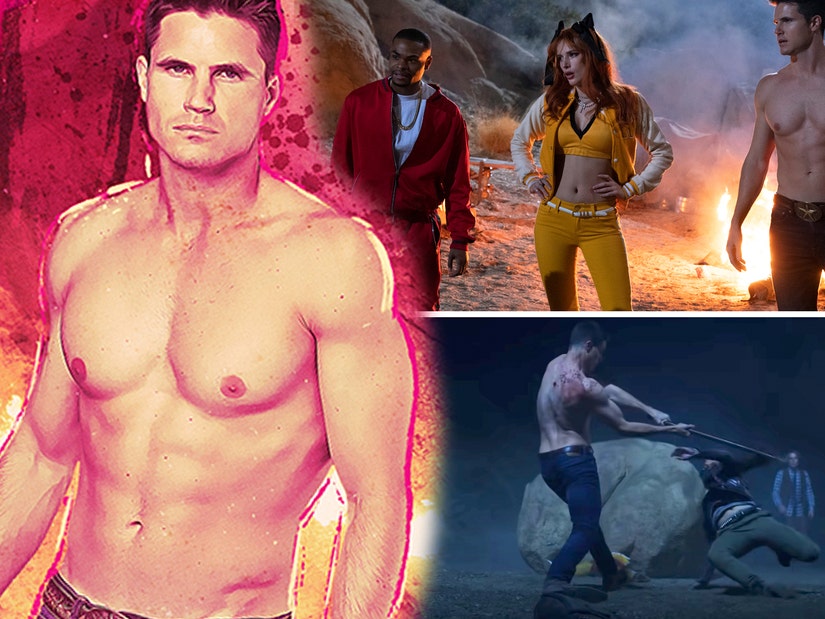 At one point, Amell worried he had COVID-19 after catching "a pretty bad cold" during filming.

When the first trailer for Netflix's "The Babysitter: Killer Queen" dropped in August, one character's costume -- or lack thereof -- instantly hooked fans on the sequel.

After dying without a shirt in the first movie, Robbie Amell's jock Max is back as a ghost this time around ... and, it appears, there are no shirts in purgatory either.

Speaking with TooFab about shooting the followup to McG's 2017 film, Amell opened up about the unique challenges that come with going topless, especially while filming one of the movie's biggest set pieces. 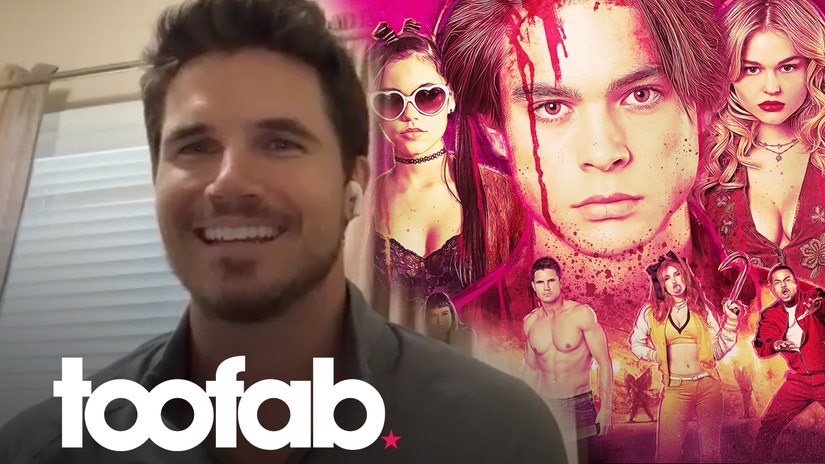 "I kind of figured that ... I didn't think I was gaining a shirt from one to two," he said, when asked when he found out he'd once again be baring his abs.

32 now and welcoming his first child just before filming began in October 2019, the actor said that while he didn't have concerns about revisiting his role 5 years after shooting the previous movie, he did "have to worry about being a father and getting back into shape."

"The second I found out we were doing a sequel I was like, 'Alright, I better start working out a little bit," he added.

For one killer set piece in the film, Amell's character chases down Judah Lewis and Jenna Ortega atop a motorboat tube. The group shot the scene at night, in November, just north of Los Angeles.

"It was freezing. We shot in California, so luckily it wasn't freezing freezing, but they were night shoots," he explained. "It gets cold and I can't be in a wetsuit or anything because I'm shirtless, and it was me and a stunt double -- and the stunt double wasn't there for any single specific shot, it was for the two of us could cycle back and forth for when the other was too cold to do it."

Because they couldn't even wear life preservers and they filmed in the dark, both he and his stunt double were given glow sticks to alert production when they fell into the water.

"As far as stunts that I've done myself, it was definitely on the more extreme side," he said. "You're tubing behind a boat, but we were ripping. You had to go fast so that it looked good. I got dumped off a couple times ... it's definitely one of the more scary things I've done on a movie set but it was really fun too."

Though he had a "blast," he said he also "froze my ass off"and "got pretty sick" during reshoots.

"[I had] a pretty bad cold by the end of it ... which is right when COVID started and I was like, 'Oh no, I really hope I don't have this' ... and, yeah, it was just from being shirtless in the desert at night for a week."

Cold be damned, Amell actually leaned into his character's lack of clothing so much, he talked director McG and producer Mary Viola out of changing his wardrobe for the one scene that would have seen him in a top (above).

"I was like, 'Nope ... McG it's way funnier, I think we earned it, no shirt," he said. "He thought it was hilarious, we put the name tag directly to my skin. That's just kind of what this movie is. It's self aware and we always want to have a good time."

While we won't spoil his character's fate here, Amell said he'd be happy to return for another sequel.