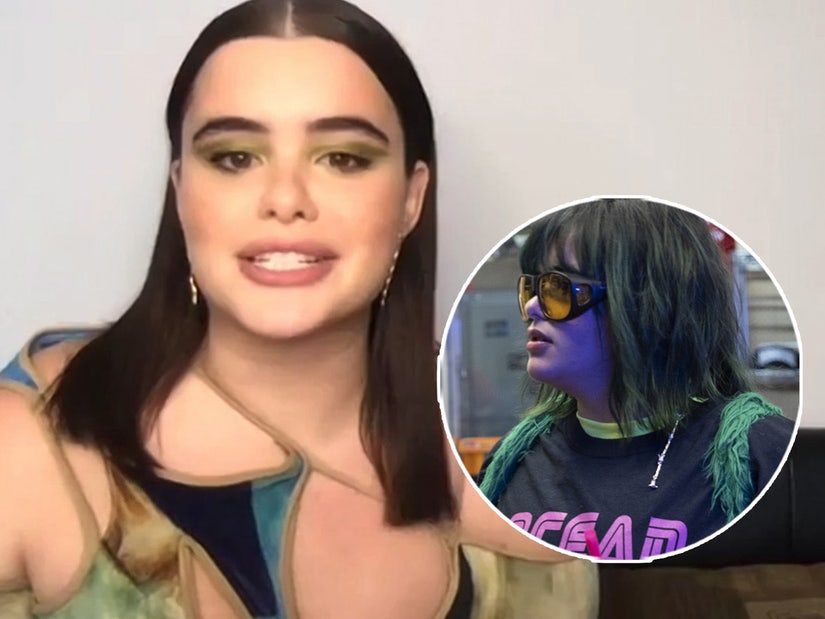 "I always am looking for something that starts a conversation and makes people think and is bigger than just the movie itself."

Barbie Ferreira never shies away from choosing projects that break the status quo -- and her film debut in "Unpregnant" is no exception.

In an interview with TooFab, the "Euphoria" star explained why it was important to her to pick a project that pushed boundaries for her first movie. 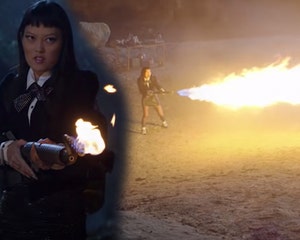 Hana Mae Lee Was 'So Scared' to Use 'Babysitter' Flamethrower: 'I Could Ruin This Person's Life' (Exclusive)

"I like to pick things that kind of spread a message that maybe isn't always talked about, so something taboo or people feel shame around it, but it's commonplace," began Ferreira, 23. "I mean, I'm also not afraid to get political in any project that I'm in. So it felt really natural reading the script and thinking that this movie was really like cute and cool and funny, but also had like a really important message."

She continued, "Comedy is challenging for me because I'm not usually -- not that I'm also usually acting in a lot of things I've just done 'Euphoria' -- but I haven't done a comedy before, so it was a challenging movie to do."

"I wanted something and I always am looking for something that starts a conversation and makes people think and is bigger than just the movie itself," Ferreira added. "It's something that has a message, whether that be something that's kind of nuanced or embedded in the story, or it's something that is in the journey, which is the abortion clinic. It was really just like a natural next step for me, and also challenging and cool and different."

"Unpregnant" follows a college-bound 17-year-old Missouri teen named Veronica (Haley Lu Richardson), who embarks on a wild road trip to New Mexico with her ex-best friend, Bailey (Ferreira), in order to get an abortion without parental consent. 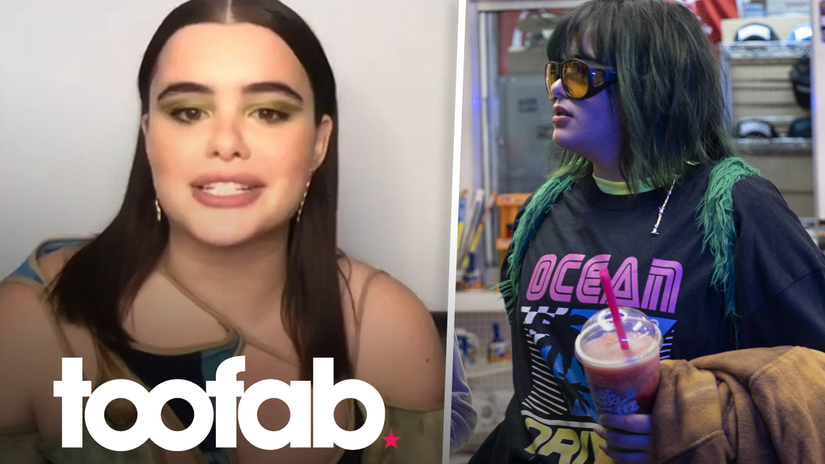 In the film, Ferreira's character, Bailey, is openly gay but is just beginning to really explore her sexuality. The actress, who identifies as queer, spoke to TooFab about playing a "baby gay" in "Unpregnant" and also shared her thoughts on LGBTQ representation in TV and film as a whole.

"I think within the queer community, we're really having the conversation of what kind of queer stories have not been told. And I think a lot of it hasn't even come out yet," Ferreira said. "I think Bailey herself is not like the end-all of representation and I'm highly aware of that. I think we're all having conversations about what kind of queer stories should we want more of. A lot of people tend to have this coming out story that's really sad and grappling with one sexuality, but what about gay people just existing?"

"I think there's just a great spectrum of queer stories that can be told and Bailey was definitely special for me," she continued. "And I got to play a little baby gay and kind of feel the awkwardness of it all."

"There's been a lot of different stories," Ferreira added, listing "Pose" and "Euphoria" as examples. "They're super cool and super different from each other. And I think that's really where it needs to go."

When asked what message she ultimately wants viewers to take away from "Unpregnant," Ferreira said, "There are so many different perspectives on the same issue and all of them are valid."

"Some people have a really hard time deciding what to do when they have an unwanted pregnancy," she continued. "And then there are people who are very definite in their choice and their decision and the way people react to getting abortions or getting reproductive procedures ... Every single one of them is valid."

"I don't think that every story has to depict abortion as this really deeply traumatizing thing."