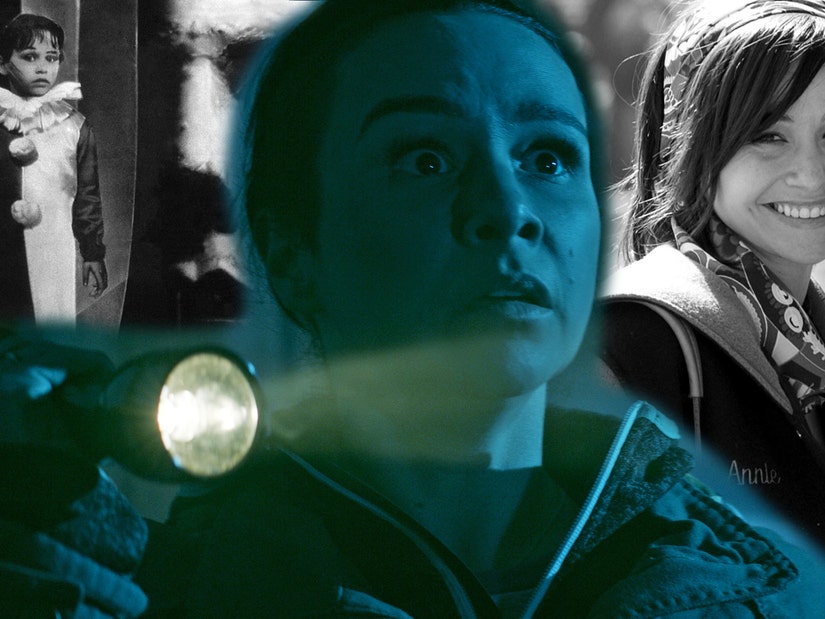 The actress looks back at the roles that shaped her status as a Scream Queen -- and reveals she's made all relevant parties aware she's down for another Halloween movie.

32 years after she first faced off against Michael Myers as little Jamie Lloyd in "Halloween 4," Danielle Harris is still finding herself covered in blood -- and she wouldn't have it any other way.

Harris was only 10 when she landed the role of Laurie Strode's daughter in the 1988 sequel and its followup, released the next year. She followed that up with roles in the iconic "Don't Tell Mom the Babysitter's Dead," "Wish Upon a Star" and "Roseanne," before returning to the horror genre in 1998 for "Urban Legend." It'd be another nine years until Harris found herself running from a killer -- and she hasn't stopped since 2007. 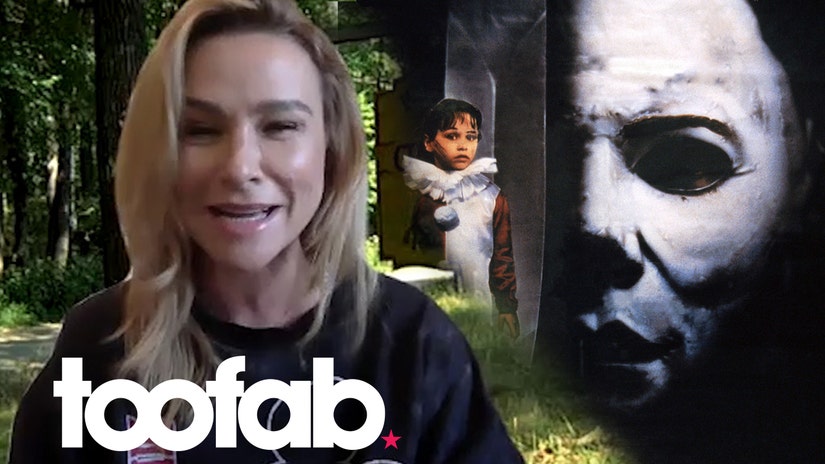 Harris credits Rob Zombie's "Halloween" movies with revitalizing the Scream Queen aspect of her career. Her IMDB page -- filled with movies like the "Hatchet" films and upcoming "Redwood Massacre: Annihilation" -- has been almost entirely horror in the years since.

"I think that it shifted something because I didn't do horror movies -- with the exception of 'Urban Legend' -- for 20 years," Harris told TooFab. "I only did two movies as a kid, so it was crazy that I was always still sort of seen as like this horror actress when I wasn't doing horror."

Harris' portrayal of Annie Brackett was embraced by genre fans and her death in Zombie's "Halloween 2" is one of the most brutal in the series, partly because the character was so beloved. Harris said that while the initial script called for her to be the only character killed off-screen, she pushed for an on-screen death and thought it was a "nice goodbye" for Annie.

Her original "Halloween" character, Jamie Lloyd, didn't get quite the same treatment. After 4 and 5, Harris said she was approached to reprise her role in "Halloween 6: The Curse of Michael Myers," in which she would have been killed right at the top. She turned it down.

After the fifth sequel, Jamie Lloyd was written out of existence. "Halloween: H20" gave Jamie Lee Curtis' character a son played by Josh Hartnett, while 2018's "Halloween" reboot -- which ignored everything after the first film -- gave Laurie a daughter named Karen played by Judy Greer. While Harris is adamant she's "not irritated" they went in a different direction, she would have loved to be part of the new films.

"Am I bummed [they] gave her a daughter and it's not me? Sure," said Harris, who admitted it didn't hurt as much when Laurie was given a son. "Oh, he's famous, duh, I would probably have Josh Hartnett too," she joked.

"But it wouldn't have been horrible, it would've probably only benefitted them to have had me as her daughter in them. Like that would've been pretty epic I think," she said. "But I don't know if I'm that character."

When the reboot was announced, Harris says she did proactively reach out to Ryan Turek, Director of Development at Blumhouse and producer of the new "Halloween" films to express her interest and let them know she understood their approach. "I said, 'I want you to know it's all good. Everyone's making a big deal out of it. I don't expect to come back in the movie,'" she explained.

"They said, 'We love you, we love you, we love you. We're always trying to find ways to incorporate you, it's just obviously not going to be this one,'" she added. "That's how we kind of left it and I just said I'd do anything, it'll just be so fun to do something with Jamie Lee, like I can check her out of the grocery store, you know? And she thinks she recognizes me, we have a moment. Something like that is probably a little more believable."

While "Halloween Kills" has already been filmed, there's still hope she could get a call for "Halloween Ends."

Though they've never met -- or they maybe did and she doesn't remember it -- Harris paid tribute to Curtis in a photoshoot for her recent website relaunch. In others, she's seen nude in a shower covered in blood, or posing in lingerie in front of Michael Myers. The photos give a wink to her horror history, while piquing the interest of her now-mature fans and giving her something to do in quarantine.

"I've just evolved as a person," she said. "Being a mom now ... I’m not really the mom, so I was like, 'Screw this I'm gonna take all my clothes off now and get in the shower and cover myself in blood."

It all folds into her Scream Queen and Final Girl legacy, something she continues in this month's "Redwood Massacre: Annihilation," a sequel which finds her on the hunt for and on the run from a masked maniac. 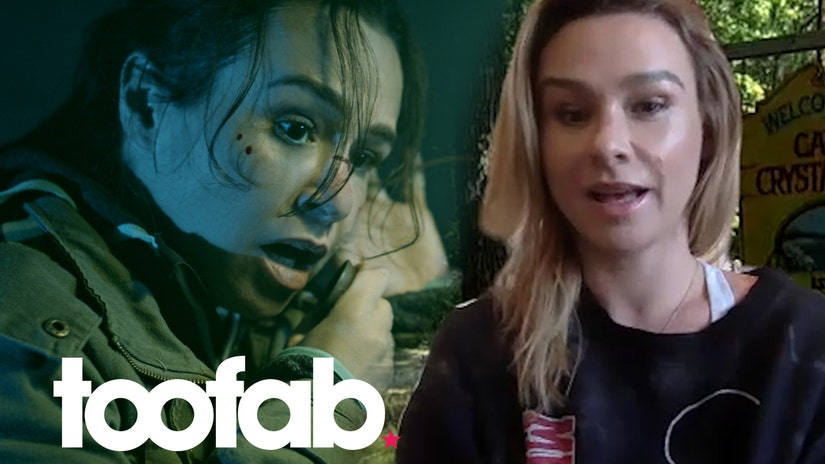 "I think I play similar girls ... the final girl's always sort of the every girl next door that can kind of just kick ass and you don't expect it, but you really shouldn't mess with her," said Harris of her work now. "So, I always like those characters because they're approachable, relatable, and similar to me I guess."

"I'm not really typecast, but I think I just gravitate towards that stuff," said Harris, who added she's more interested in playing the Final Girl (the fighter/survivor) than the Scream Queen (damsel in distress). That being said, she has no problem with the Scream Queen label, either.

"I would never bite the hand that feeds me," she said. "I mean the queen of anything is great right? Unless you’re like queen shit or something, but you're being crowned, you're being titled, I didn't give myself that name. I accept it gladly with open arms."

"Redwood Massacre: Annihilation" is available on VOD and DVD October 20, 2020.