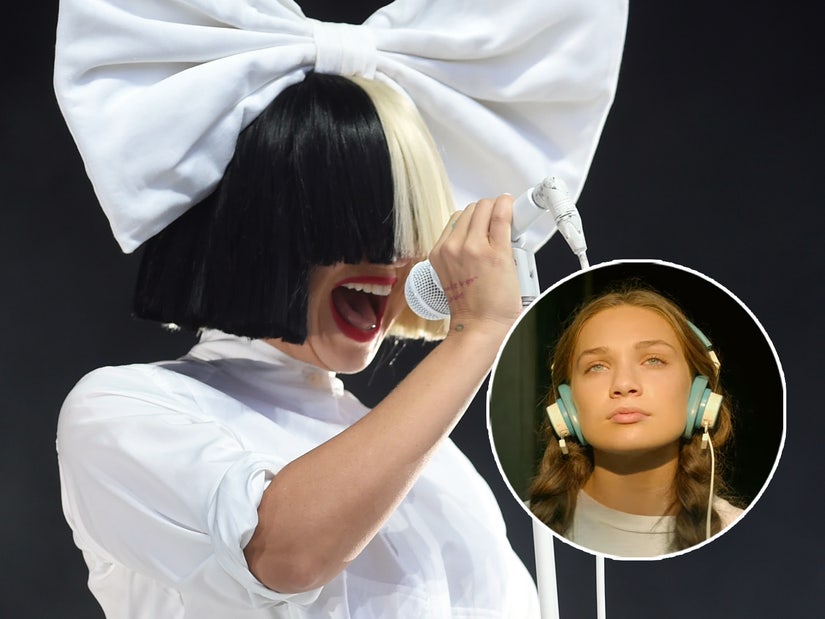 "Maybe you're just a bad actor," she replied to one autistic performer who said they would have done the film "on short notice."

Sia found herself in the middle of a Twitter firestorm on Friday, after the first trailer for her upcoming movie "Music" dropped online.

At the heart of the controversy is the fact the film stars dancer Maddie Ziegler as a character on the autism spectrum, even though Ziegler herself isn't. The singer -- who directed and co-wrote the movie, as well as its soundtrack -- was immediately hit with accusations of ableism, or discrimination in favor of able-bodied people.

As the criticism of the trailer and Ziegler's casting in the movie started to roll in -- and a lot of it did -- Sia didn't just sit back and take it. She started responding to a ton of tweets, defending and explaining her decision and exclaiming, "F--kity f-k why don't you watch my film before you judge it?"

One follower said it was a "mighty shame that someone with such a colossal platform is using it to exclude disabled and neuro diverse actors from their own narratives."

Sia, however, maintained that wasn't the case.

"I cast thirteen neuroatypical people, three trans folk, and not as f--king prostitutes or drug addicts but as doctors, nurses and singers," she replied. "F--king sad nobody's even seen the dang movie. My heart has always been in the right place."

Of the decision to put Ziegler in the film and not someone on the spectrum, Sia claimed she "did try," but decided it "felt more compassionate to use Maddie." In another response, she said "casting someone at [the character of Magic's] level of functioning was cruel, not kind, so I made the executive decision that we would do our best to lovingly represent the community."

One follower, who said they were an autistic actor, said they and many others could have been available for the project "on short notice" -- and said they believed "zero effort was made to include anyone who is actually autistic."

In one of her more biting replies, Sia told them, "Maybe you're just a bad actor."

That same Twitter user repeated her previous claim in another thread, tweeting at Sia, "Hi! I’m an #ActuallyAutistic professional actress that could have been cast & hired on short notice. I once acted in a film the same day I was contacted. So this reasoning is 100% false. The fact is that they did not want to hire an actor with autism. #NothingAboutUsWithoutUs"

She got a much more cordial response from Sia this time, as the singer replied saying, "I'm sorry we were never introduced. My character was pretty low functioning and after attempting a few actors on the spectrum they suggested I use Maddie."

Expanding on the claim, Sia also said she "tried working with a beautiful young girl non verbal on the spectrum," but the girl "found it unpleasant and stressful."

In additional tweets, Sia said she had "two people on the spectrum advising [her] at all times" and based the movie on a "neuroatypical friend" with "nothing but love for him and his mother."

"Magic" will debut February 2021. See more of Sia's replies below:

I’m so sad and confused that you think I didn’t research and utilize my friends on the spectrum! So many assumptions. I hope you love the film. It’s beautiful.

Fucking bullshit. You have no fucking idea because you weren’t there and haven’t seen the movie.

I believe this movie is beautiful, Will create more good than harm and if I’m wrong I’ll pay for it for the rest of my life.