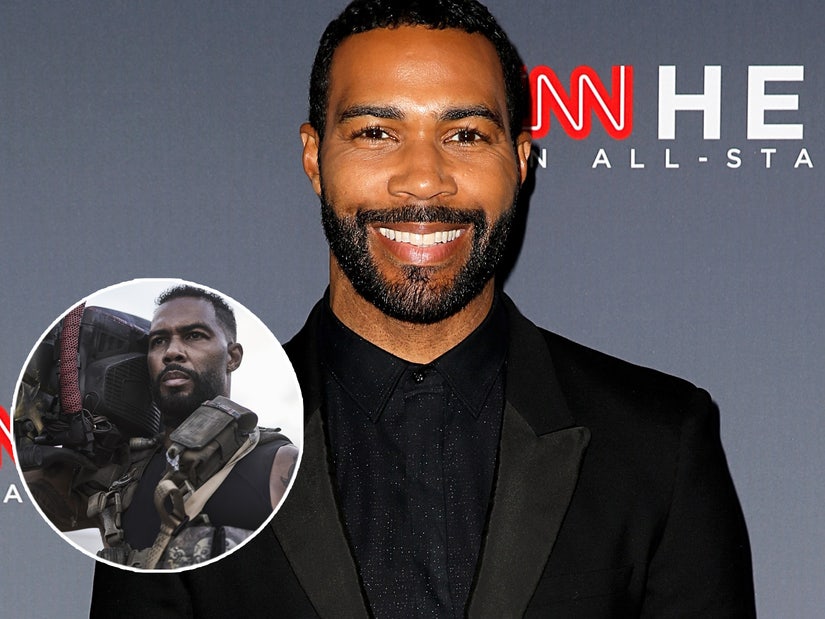 Omari Hardwick knew his career was about to change drastically when he was asked to be in Zack Snyder's "Army of the Dead."

On Mother's Day 2019, the actor was sent the script for the high-octane zombie thriller, told he was tapped to play the buzzsaw-carrying badass Vanderohe, and the rest is history.

Ahead of the film's debut in theaters on Friday, Omari sat down with TooFab to discuss that pivotal moment in his life, gaining 15 pounds in four weeks for the role, the many versions of his killer saw and much, much more. 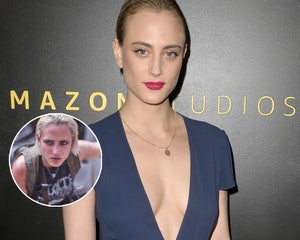 How did the role of The Philosopher, aka Vanderohe, come your way?

"I was lucky enough to not have to audition. So it was Mother's Day, two years ago and one of my agents, he reached out to me and he said, 'You know Zack Snyder is very interested in you playing this role within this film.' I don't think my agent spoke about it being about zombies, which was cool because it's cool to not lead in with the obvious. I don't know what that would've done to me reaction wise. But he gave me the script. And then I ended up getting on the phone with Zack and it was a phenomenal conversation. I fell in love with the guy right over the phone. But I remember that day and I just remember thinking my career has taken a turn because certain directors --  when you make it to them -- you kind of know."

What was your experience in working with Snyder?

"He's right there with us. He is really right in the throws of it -- in the thick of it. He served as director of photography as well as the director. So it was interesting to see him sitting there with the camera on his shoulder and the only person between the cast member and him was this camera. There was nobody in between. He focuses on that which needs to be directed. And then he focuses on the camera and then he focuses on the sunshine and where the lights going and counting literally thunder in between. 'Is the rain coming? Is it not? Do we have to go inside or can we get this shot in before lunch?' And so it was a beautiful thing cause I'm a pretty juggernaut of a brain equally. So it was pretty cool to be on a set with a like-minded tribesmen, for sure. Who's now a friend for life."

You look like you are in the most insane shape in the film. How was training, especially with that zombie-killing buzzsaw?

"So we had three installments of the saw. The props department had created for us a Rubbermaid version of it, but it was not Tupperware light. It was not -- it had some weight to that. Then, there in the middle, is the one that doesn't have the teeth on it. And that is absolutely heavy. And then to the right of that was the one which is the weapon of choice for any zombie killer going forward. Right? This thing is now iconic. I had to train with that. So I gained 15 pounds in about four weeks. After that Mother's Day and the deliverance of that fateful script, I gained 15 pounds in about four weeks. I didn't take any kind of supplements. I don't really get down with that. Just red meat, a lot of red meat. So my creatine levels were definitely up. And then we trained with Navy SEALs -- two of them, they were incredible."

What was it like working with such a diverse cast that included Dave Bautista, Ana de la Reguera, Nora Arnezeder, Hiroyuki Sanada, and Raúl Castillo?

"That was the best, right? That was the best. If you're asking me about my future plans as a father and not necessarily as an actor, but as a father, as pertaining to my kids, making the world smaller is a beautiful objective of mine. So to be an actor on a set where [Zack] made the world smaller -- he brought so much of the world together and then said, 'Let's get down,' you know, from France to Germany to Mexico to -- if you include the ancestral line of Dave Bautista, you're talking the Greek Isles over to the Philippines. I mean, think about it. Like it's crazy."

If a real-life zombie apocalypse were to happen, how would you survive?

"Ooh, man. So I feel like the thing about the zombies -- their weapon of choice is their teeth, and once they bite the quantity increases. I think that's why we love these movies. Any kind of zombified reality that we've all seen in this space called TV or film, we know the reality is -- you're outnumbered. But I think as long as I got my chainsaw -- and I can drop some philosophical thoughts into the craniums of these undead folk -- I think they might think twice."