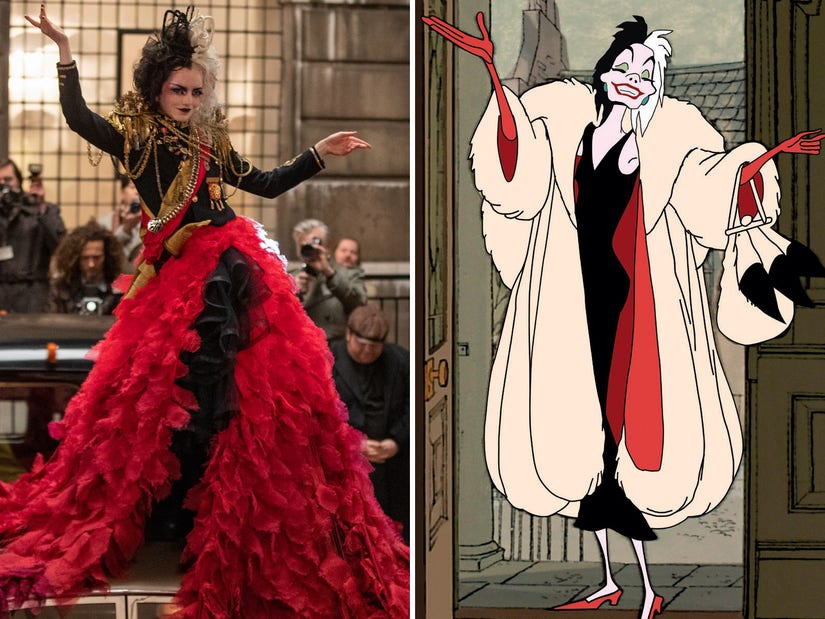 Craig Gillespie reveals the trickiest part about showing the humanity in someone previously known for her desire to skin puppies.

After reframing the story of Tonya Harding in the critically-acclaimed "I, Tonya," director Craig Gillespie turned his eye on rehabbing the image of another well-known villain: Cruella de Vil.

Yes, the woman who spent 60 years trying to murder poor, innocent puppies in the name of fashion is getting a bit of a PR makeover in "Cruella." After making her debut in the 1961 animated Disney classic "101 Dalmatians," she later appeared in two live-action films featuring a truly unhinged performance from Glenn Close, a number of animated movies and TV shows, "Once Upon a Time" and "Descendants" -- but never quite like this. 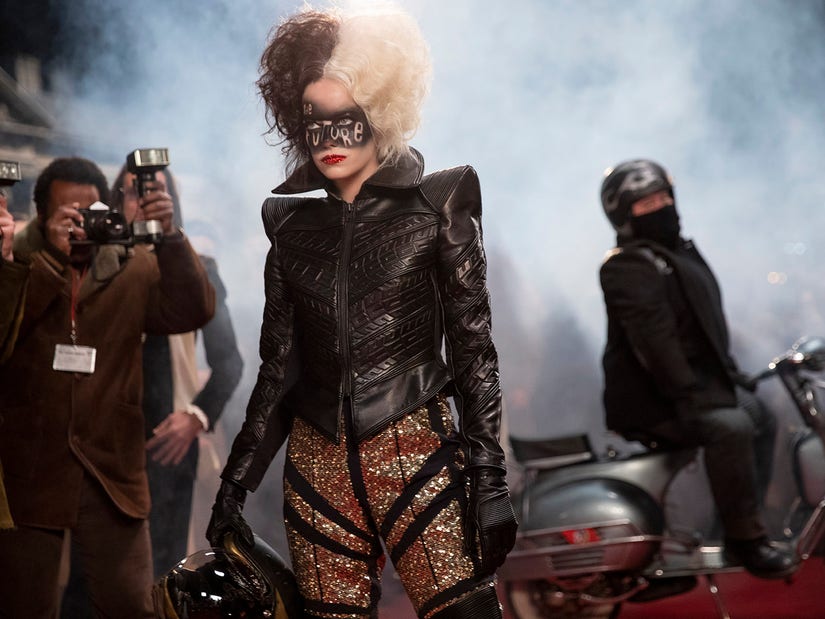 Like "Maleficent" before her, Emma Stone slips into de Vil's stylish shoes to reveal the "true" story behind one of Disney's greatest adversaries -- all while giving a dash of humanity to someone so nasty, her name literally spells out "Devil."

TooFab caught up with Gillespie before the film's release, where he opened up about the challenges of making Cruella sympathetic, which costumes were the most stressful to create, whether he considered a Glenn Close cameo and what he thinks about all those "Joker" comparisons.

What's the trickiest part about taking someone known for straight up skinning dogs and trying to find some humanity in them?

I love that challenge. It's almost more exciting for me to take something that's so tricky tonally and figure out how to stay almost faithful to what we know of her, but then give her humanity. You can see good people do bad things in a lot of cases. Obviously, it was a challenge on 'I, Tonya' and we did that and I think going through that journey and understanding ... not necessarily agreeing with or condoning what she's doing, but just having the empathy to see why she's making those choices and given her lot in life and what's happened to her dramatically, emotionally, it gives you a lot of leeway in terms of her evilness.

It's fun to try and figure out how it's going to all piece together, in any origin story.

It's funny, I'm so used to it, but there's a lot of twists and turns in this!

The costumes are also immaculate in this.

Thank god! It was the most stressful part. Very stressful part of the production. Jenny Beavan did an amazing job. If you miss on that, I think the film would fall apart, so it was nerve-wracking.

Which look went through the most revisions to get just right?

Oddly, the black dress that everybody wears at the end of the show -- what is that that feels like it would fit on all these different body types, that it's plausible they could have manufactured it quite quickly, that it still had Cruella's flair. That dress went through a lot of iterations. Everything else, we were so crunched for time. Jenny was churning it out and creating these spectacular versions.

The most stressful part was the fashion show. Jenny had an enormous undertaking to create hundreds of outfits for all of these characters and then she had to create a fashion show. We've been telling the audience these are fashion icons for the whole film. The scrutiny I knew the audience would have with that, I could feel the eye rolls, like, 'Really, that's what their idea of fashion is?' Then we suddenly lose the audience there, for a 3-minute scene. The amount of time that went into that fashion show and creating something that felt like it could be of the time, but felt current and interesting, that was exhausting and stressful.

People are quick to put movies in a box when they see a trailer. How do you feel about the "Joker" and "Devil Wears Prada" comparisons?

I kind of chuckle. First of all, to be in the same sentence as 'The Joker' is never a bad thing. There were people like calling and kind of panicking about that. If you're going to be compared to something, why not 'The Joker'?

Ultimately, people are going to see the film and realize it's completely its own animal. So, if there's chatter about it, great. It's better than no chatter. Actually, the thing I took away from that I was excited by was this appetite for something darker. People seemed to be excited about that and this film gets dark in places. I was almost wishing we could get darker with it. There was definitely a tone to this, this dance that I was doing between the humor and the darkness. 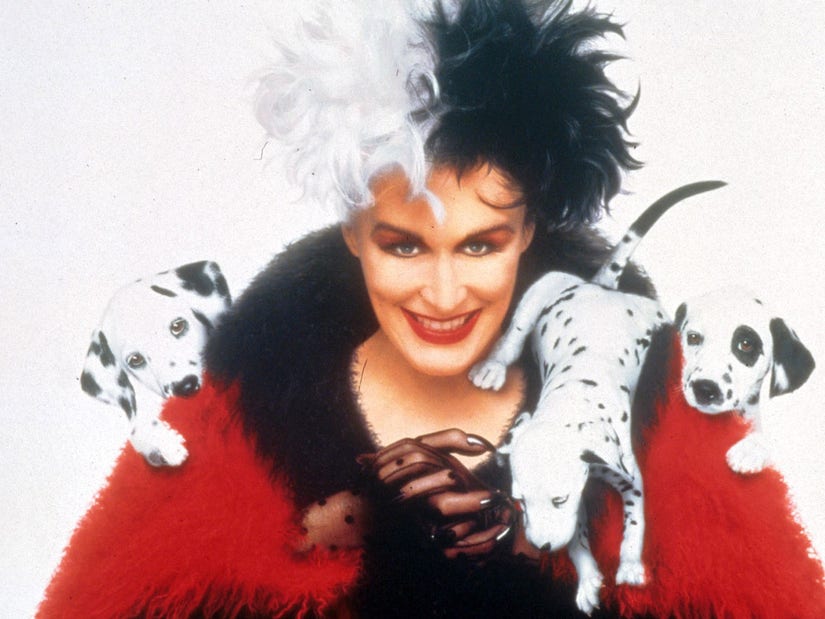 This is a very different thing from the animated film and the 1996 live-action ones, but did you ever consider trying to get Glenn Close for a cameo? Is that something that ever crossed your mind?

It didn't because I had seen some clips -- and I actually tried to stay away from the Glenn Close version, as much as she did an amazing job with it, it was its own capsule -- and we were so specifically set in this punk, 1970s London and tonally a different place, it never occurred to me because I felt like those two worlds didn't collide. But, in hindsight, there may have been a fun moment somewhere.

Maybe in the next one! Do you think there is franchise potential in this? It feels like you could have another one even before remaking 101 Dalmatians.

She's got a long way to go until she gets to 101 Dalmatians, another 20 years.

Is that something you kept in mind making this, where could you go with it next? If you haven't seen the film yet, stop reading now. Mild spoilers below!

I had an amazing experience on this, but it was a very intense experience really trying to get it together and flying by the seat of our pants at time. I came on board and I think it was 6-8 months later we were shooting, so it was moving very quickly and trying to keep it tonally in place. We got to the end of it and, honestly, after finishing it now, I'm like I'd like to see what happens to this Cruella that we've created.

We left it on a note that -- and I kept telling Emma -- for me, it was sort of the analogy of 'The Graduate,' when they get on the bus at the end of 'The Graduate' and it's like, was this the right thing? Now they're together, but is this going to work out? I wanted the same feeling at the end of the film. It's kind of like, she's found herself as Cruella, but she's sacrificed a lot. Now she's kind of in this gilded cage. She's got the power and the money, but what's it gonna do to her?

It’s very clear in this movie that Cruella didn't actually skin any Dalmatians. But do you think Emma's version of Cruella could become that version, someone who does really want to kill puppies?

I don't know if we'll quite get to that in the next film [laughs]. It's a hard ... it's a long journey, a long road to get to. I felt like we got to a place in this film where there are characters that would not doubt that she could do that. There's murder involved in this film. I like that line from Jasper, 'You're a homicidal maniac and you're not.' She's like, 'We don't know that yet, I'm still young."

"Cruella" hits theaters and streaming on Disney+ Premier Access on May 28th.