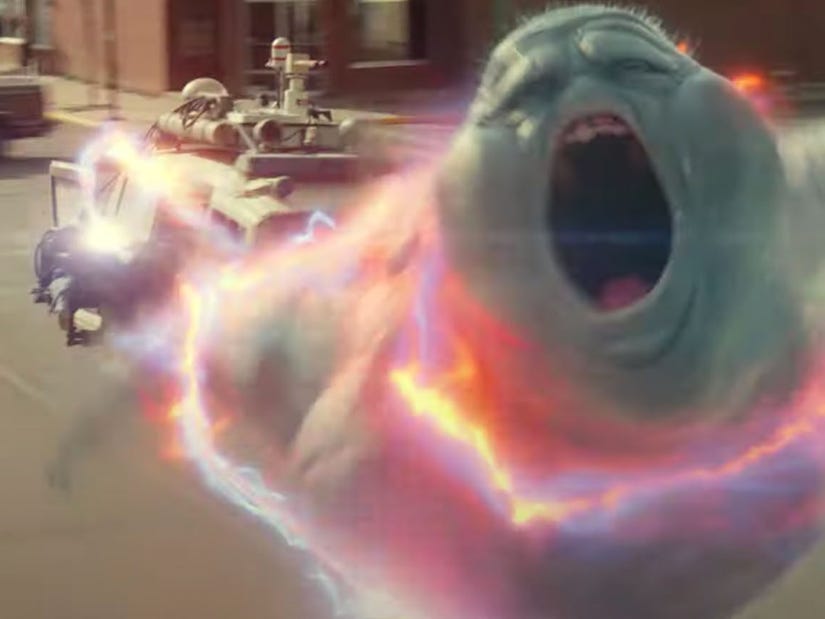 Initial reactions call it the sequel most fans have been waiting for since 1989.

Although the latest Ghostbusters film, dubbed "Ghostbusters: Afterlife," won't not be released in theaters until November, the first reasons are already starting to trickle in.

The film was screened early on Monday night in Las Vegas as part of CinemaCon, a convention held by the film studios for movie theater owners to hype up the latest releases.

Sony was up first last night and, along with the first look at the new "Spider-Man: No Way Home" trailer, guests -- including a good number of film press -- were treated to the first public screening for the company's other big project, a sequel over 30 years in the making.

While the highly-anticipated movie was originally scheduled to be released in July 2020, its date has shifted quite a few times due to the pandemic and will actually drop November 11, 2021.

"Ghostbusters: Afterlife" follows the story of a single mother and her children, who move into a rundown farmhouse they inherit from their late grandfather in Summerville, Oklahoma after being evicted from their home. They eventually learn their connection to the OG Ghostbusters and band together to take out a new evil.

The grandfather in question is the late Dr. Egon Spengler, who was played by Harold Ramis in the original films. While Ramis sadly passed away in 2014, most of his former franchise costars are expected to make cameos as their characters in the new sequel.

So far, the initial reactions were overwhelmingly positive for the new reboot, which should excite fans, entice newcomers and, hopefully, revive the franchise. See what critics are saying below!

Ghostbusters: Afterlife is the Ghostbusters sequel that I’ve been waiting all my life to see. It is nostalgia done right. A perfect blend of classic Ghostbusters moments with a fresh & unique twist for a whole new generation to enjoy. I got goosebumps. #GhostbustersAfterlife pic.twitter.com/lOAtbMQedf

Mainly, it packs so much into it, there are big leaps in logic & plot that hold it back from really firing on every cylinder. When it works though? Especially the kid stuff? Damn, it works. Just at times, it doesn’t. Overall though, I cheered, cried, & can’t wait to watch again

I need to let it marinate more. But it was an overall entertaining experience. It definitely scratches that classic Ghostbusters itch. #GhostbustersAfterlife #CinemaCon #Ghostbusters pic.twitter.com/EKmJ5eJcmb

Ghostbusters fans are gonna be thrilled with #GhostbustersAfterlife I think. I'm afraid to say much more than that, but there's a lot to love. Easter eggs and nostalgia fill just about every frame, but the story still manages to feel fresh and new

Having seen this movie, I can confirm that it is everything you’ve been waiting for and so much more. Also, bring tissues. #GhostbustersAfterlife https://t.co/qTGgKVVbdt

#GhostbustersAfterlife was really great. As someone who wasn't a massive of #Ghostbusters I had so much fun even without understanding the references. A ton of heart with a great cast. New and old fans are going to love it. Stay through the credits! #CinemaCon pic.twitter.com/Gc3oySIXOa

Saw #GhostbustersAfterlife at CinemaCon and it’s good. A solid continuation of the original two films. Nostalgia for the original, and a strong turn by McKenna Grace as Egon’s granddaughter. Paul Rudd gets the best lines. Fans will dig it. pic.twitter.com/MgBXmEVWqz

Surprise #GhostbustersAfterlife screening just blew the roof off #CinemaCon. LOVED IT. This movie meant everything to me - an emotional sequel that is guaranteed to be almost indecipherable to outsiders. This is what the fans have been waiting for. I WOULD DIE FOR MUNCHER

#cinemacon gave us a great treat tonight. We were treated to the new film #GhostbustersAfterlife. It’s breathtaking ! Everyone needs to see it this fall! pic.twitter.com/hrekLyKmsC

#GhostbustersAfterlife is going to blow people'ss minds! THIS is how you do it! Can't say anything else. #CinemaCon2021

Just saw none other than #GhostbustersAfterlife - what a great! I’m not surprised Sony showed this. They know what they’ve got.

I have the green light to say I saw a cut of #GhostbustersAfterlife earlier this month and — as an '80s kid who had ALL the toys and went through several Proton Packs and traps — I was blown away.

All the feels, all the joy was there.

The opening 10 minutes is exhilarating.

I know I'm a bit late but #GhostbustersAfterlife takes a lot of tender, love, and care with connecting this film to the first through a lot of Easter eggs. So much so, that it feels more like a direct sequel to the first movie than Ghostbusters II. pic.twitter.com/nqYupxEoKQ

Early screeners have reported the film is filled with easter eggs and references to the old movies that invoke a strong sense of nostalgia for 80s kids at heart. So far, these rave reviews have expressed that this film was worth waiting for. Ghostbusters franchise fans should be in for a treat when the film is available in theaters on November 11th.