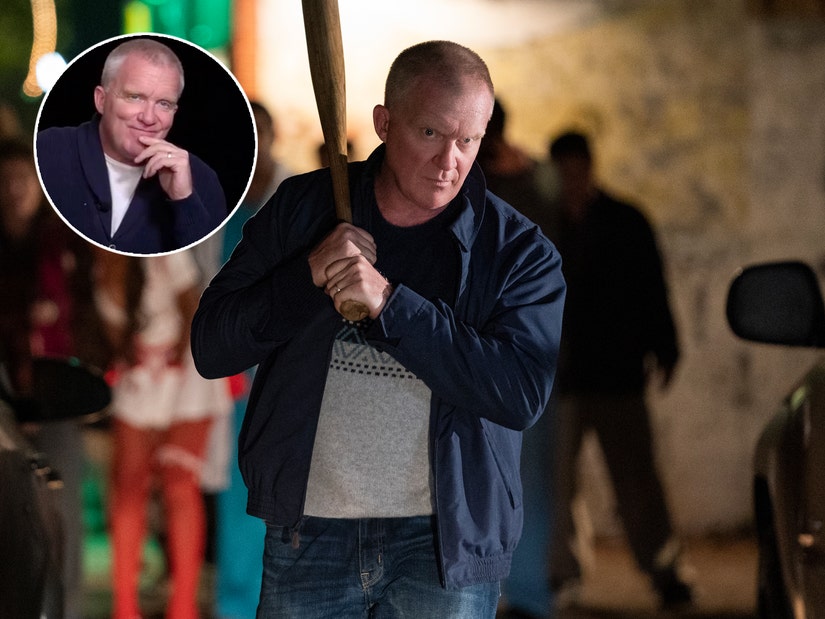 The actor opens up about joining the "Halloween" series and compares working with director David Gordon Green to the late, great John Hughes.

While he starred in some of the biggest teen films of the '80s, Anthony Michael Hall missed out on the slasher craze at the time. Now, 40 years later, he's making up on lost time.

"That didn't happen, unfortunately it didn't, because I was associated with the comedies of John Hughes," Hall tells TooFab of avoiding the horror genre in his early career. "They weren't looking my way then, in the '80s, [during] what I refer to as the puberty on film trilogy that I starred in."

But "Halloween Kills" director David Gordon Green was certainly looking his way when it came time to cast the role of Tommy Doyle, the boy Jamie Lee Curtis' Jamie Strode was babysitting when Michael Myers ran amok in the original film. Hall steps into the shoes previously filled by Brian Andrews in the 1978 classic and Paul Rudd in "Halloween 6: The Curse of Michael Myers," which was retconned out of existence along with every other sequel for the 2018 "Halloween" revival.

Though OG cast members Curtis, Kyle Richards, Charles Cyphers and Nancy Stephens all return as Laurie, Lindsey Wallace, Sheriff Brackett and Marion Chambers, respectively, Hall is one of two roles that were recast for the new film. 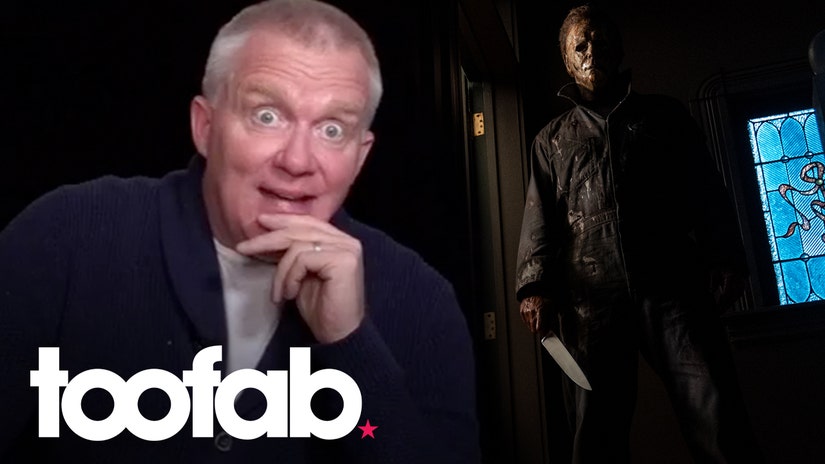 "It's incredible. I mean, I've never experienced this feeling," he said of being the new kid in a previously existing series. "But I tell you, to be a part of such a beloved franchise, the closest thing that I can say in my career was 'The Dark Knight,' I had a nice small role in that, but it was a good one. But this is a phenomenal thing."

Praising "the quality of the team and the great people involved" in making "Halloween Kills," Hall went on to particularly call out Green for making the set such a fluid and collaborating place. He also spoke about how his role aligns with many of the other returning players, as they all go on the attack against Michael for the trauma he caused all those years ago.

"He makes it a pleasure to work with. You might get great ideas and feedback and he's always seeking that out from his crew members that are really friends," he explained. "I had a blast. I just was really struck by the fact that they gave me this sort of hero part, this great role. But in reflecting upon it and preparing for this tour, it's really the case for all the townspeople. Everybody begins to make this kind of heroic turn from victims or survivors to fighters."

Hall went on to compare Green to Hughes, who directed the actor in "The Breakfast Club," "Weird Science" and "Sixteen Candles."

"A lot of David's natural qualities remind me of John in many ways, like a natural born gifted writer ... just a gifted director and filmmaker," he began, "but also there's a wholesomeness, a niceness, a good quality, a good heart in him, and he's just a great guy to work with. He's very fluid, you might get great ideas from the crew or the actors or could be the sound guy, you never know where the best idea is gonna come from. That was very impressive to me too, that he sees it as something that's a work in progress and he's willing to dismiss things if they don't feel right or for not working."

He added that Green would sometimes just throw new dialogue at Hall on the fly during filming -- and even had Tommy pick up a baseball bat to fight Michael as a last-minute addition to the freaky flick. Green even, apparently, got a seal of approval on Hall's casting from former Tommy actor Paul Rudd, who worked with the director on the 2013 film "Prince Avalanche." 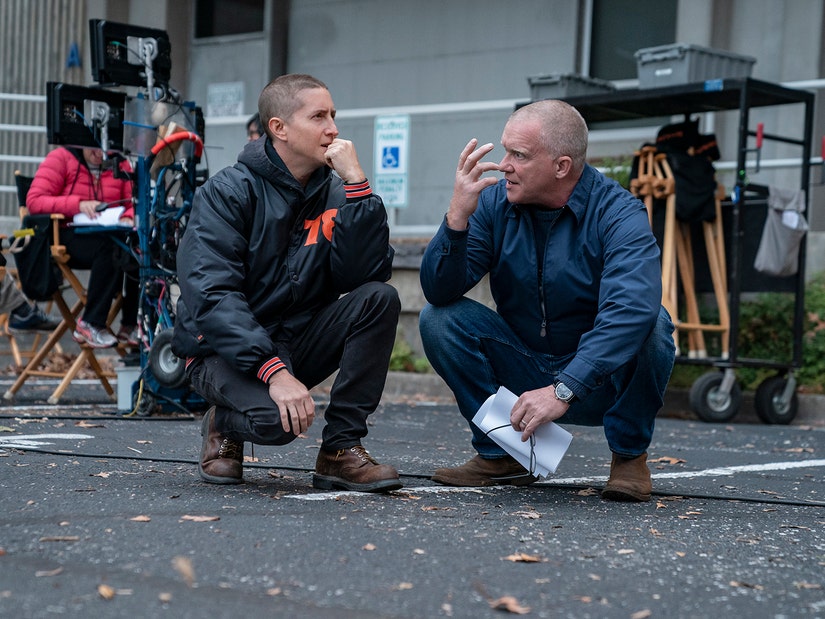 "I did not myself hear from him, and it was very nice to get his blessing. I didn't know he lived at the Vatican, but it was very good to hear," joked Hall of Rudd. "He's a great guy. I've never had the pleasure of meeting him, but I've always admired his work. I did see, was it six that he was in? I saw that recently, it was very cool had very interesting elements and a different take on it. I'm kind of glad that he’s seen it first. He's very kind of professorial and in the in the role. It's very interesting."

Like Kyle Richards before him, Hall hadn't really seen too many of the "Halloween" films besides the original, the 2018 sequel and, apparently, "Curse of Michael Myers," but now that he's a part of the world, he's ecstatic about the franchise's die-hard fanbase.

"What's been really interesting with the delay [in release] is it's given me time to really plug into the to the franchise fan universe," he explained. "They are very specific, man, they can tell you about the mask, all the men that have played Myers, all the details, the different timelines, what you thought of the [Rob Zombie] versions, it's an amazing fan base."

"What I've done for the last year and a half is not unlike what all the fans have done. I'm on YouTube every day I'm looking for reaction videos to the trailer to the test screenings a year ago," he added. "I've been very hungry for all that feedback, man. That's what makes this very exciting is that we're gonna unleash it on the world now so it's really cool, I'm pumped, I couldn't be more excited about it."

As these latest movies have given Curtis a chance to return to a role she originated more than 40 years ago, we couldn't help but wonder if there were any films from Hall's own resume he's love to revisit now. "I think it was John's films are kind of standalone, right?" he answered at first, before sharing a story from the last time he spoke with "the late, great" director.

"He called me in 1987 and he called me with John Candy on the phone ... so he did bring it up on that call when we spoke that day, John was toying with the idea of doing a sequel to 'The Breakfast Club,'" Hall claimed, "kind of seeing them all their middle age."

Though that never came to fruition, Hall teased that he did co-produce a film over the summer called "The Class" that found him returning to Chicago to play a principal this time around, a flip on his role "The Breakfast Club." Added the actor: "I would have never even entertained that idea if this new project wasn't so great."

For now, check out Hall in "Halloween Kills," hitting theaters and Peacock on Friday, October 15.