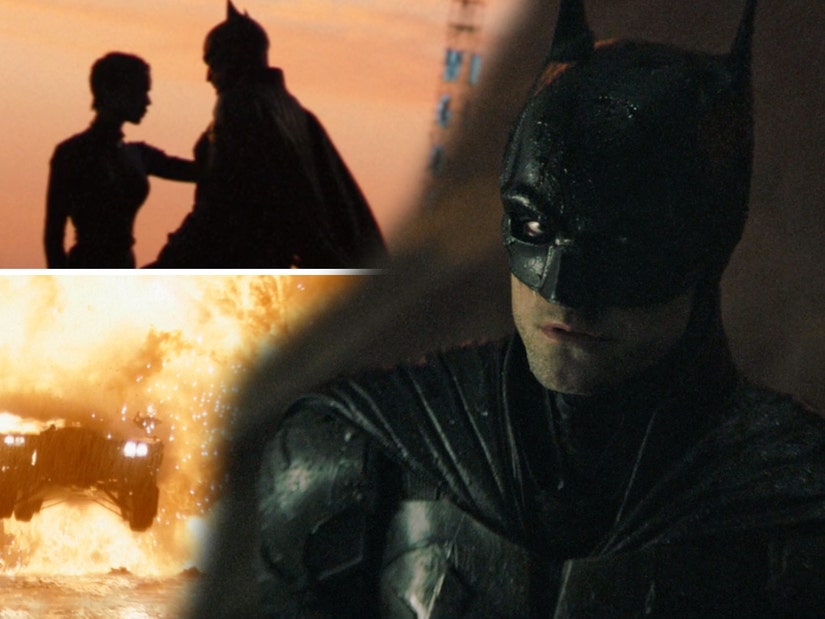 For the second year in a row, DC FanDome celebrated the most exciting superhero content from the DC Multiverse.

The four hour event kicked off Saturday morning at 10am, with exclusive trailers, never-before-seen footage, breaking news and in-depth interviews for DC films, TV series, games and comics all expected throughout the day.

The most anticipated sneak peek of the day was definitely the new trailer for Matt Reeves' "The Batman," starring Pattinson and Kravitz as Bruce Wayne and Catwoman, respectively.

The event also included a first look at "Black Adam," a sneak peek at "The Flash" -- including a glimpse of Michael Keaton's Batman! -- and behind-the-scenes vignettes for both "Aquaman and the Lost Kingdom" and "Shazam! Fury of the Gods."

They also got their first look at the upcoming kids' film that puts every superhero's best friend front and center in the animated "DC League of Super-Pets."

On the television front, a farewell tribute was given to "Supergirl," alongside inside looks at "Batwoman," "The Flash," "Superman & Lois," and "Sweet Tooth." Fans got a first-look at Ava DuVernay's new teen superhero series, "Naomi." HBO Max also revealed a new look at the upcoming series "Peacemaker" and limited event series "DMZ."

Fourth seasons for both "Doom Patrol" and "Titans" were announced, while fans were treated to the surprise release of the first two episodes of "Young Justice" Season 4 on HBO Max. On top of that, a new animated Milestone movie is coming, from the company that brought "Static Shock!" to the world. "DC's Legends of Tomorrow" celebrates 100 episodes in typically quirky style with a fun new clip.

Keep scrolling for the biggest sneak peeks from the online event -- and watch it all in full above.

First Trailer for The Batman

He is ruthless.
He is unstoppable.
He is the reason the hierarchy of power in the DC UNIVERSE is about to change.

Behind-The-Scenes Glimpse at Aquaman and the Lost Kingdom

#Aquaman and the Lost Kingdom is currently filming but that didn't stop the cast and crew from sharing some looks/behind-the-scenes glimpses from the upcoming film! In theaters, December 2022! pic.twitter.com/8DaakpuylX

First Look at Gwendoline Christie's Lucifer in Netflix' "The Sandman"

Dreams do come true! At #DCFanDome, WBTV unveiled a first look at Gwendoline Christie’s Lucifer in the upcoming @Netflix_Sandman series based on the landmark DC comic by @neilhimself ⏳ #TheSandman pic.twitter.com/UygkFPRV5p

Behind-The-Scenes Look at Shazam! Fury of the Gods

Our favorite deer-boy hybrid @ChristanConvery stopped by #DCFanDome to answer fan questions about shooting @SweetTooth in New Zealand, his favorite DC heroes, animatronic ears, and his hopes for Gus and the hybrids in season 2! pic.twitter.com/mWfa6cVeL0

ANIMATION TAKES FOREVER! In the meantime, enjoy my Season 3 teaser filled with gorgeous coloring book pages of me and Ives. #DCFanDome pic.twitter.com/72GBpPND3r