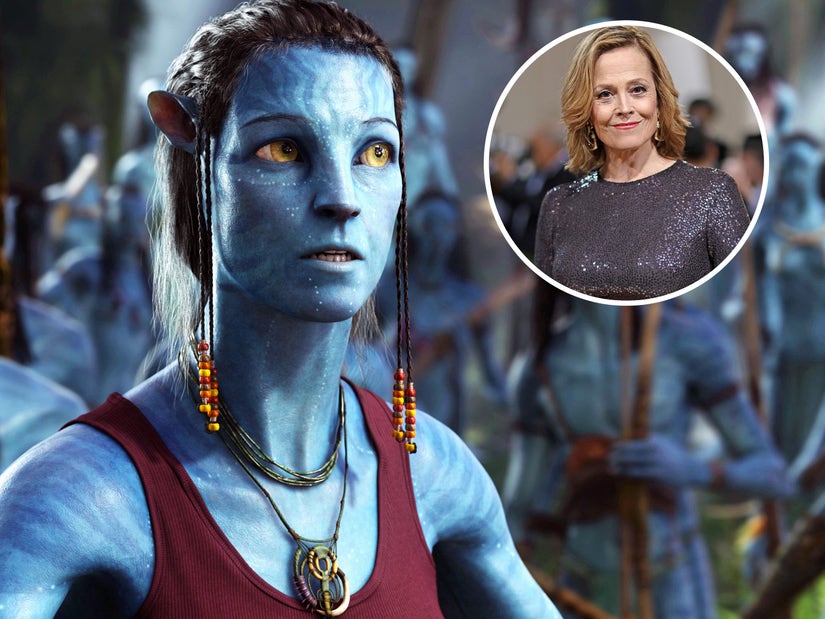 Here's how the actress will be back -- and playing a teenager!

With the movie's sequel, "Avatar: The Way of Water," dropping later this year, we're finally getting some real details about the film and its characters.

A recent trailer gave us our first glimpse of Pandora all these years later, giving viewers a real feel for the environment and the movie's emphasis on water this time around. But one big question has persisted: How the hell was Sigourney Weaver -- a long confirmed cast member -- going to return after her character died in the first one?

In case you forgot, she was shot by Stephen Lang's Colonel Miles Quaritch and while the Na'vi attempted to transfer her soul into her avatar, she died before the ceremony was finished.

Per Empire, Weaver will appear in the new movie as a Na'vi teenager named Kiri, who is the adopted daughter of Jake (Sam Worthington) and Neytiti (Zoe Saldana).

"I think we all pretty much remember what we were feeling as adolescents," Weaver told the outlet of her role. "I certainly do. I was 5'10" or 5'11" when I was 11. I felt strongly that Kiri would feel awkward a lot of the time. She's searching for who she is. I was thrilled to be given that challenge by Jim."

Cameron admitted that "as an acting challenge, it's big" to have "a 60-something actor playing a character [decades younger than] her actual biological age."

Weaver -- or "Sig," as Cameron refers to her -- is 72 and reportedly workshopped the role with a group of young girls.

"Sig thought it was all kinds of fun," continued the director. "Sigourney just became younger. She looked younger, she had more energy, and she never quite stepped out of Kiri for our whole capture period. She had a glow on her face and lightness in her step and a fun spirit."

Her character can be seen swimming underwater in the trailer below, around the :37 mark.

The new movie is set more than a decade after the 2009 blockbuster and "begins to tell the story of the Sully family (Jake, Neytiri, and their kids), the trouble that follows them, the lengths they go to keep each other safe, the battles they fight to stay alive, and the tragedies they endure."

In addition to the returns of Weaver, Saldana and Worthington, Stephen Lang will also be back -- while Cliff Curtis, Joel David Moore, CCH Pounder, Edie Falco, Jemaine Clement and Kate Winslet all join the cast. "Avatar: The Way of Water" hits theaters December 16, 2022.