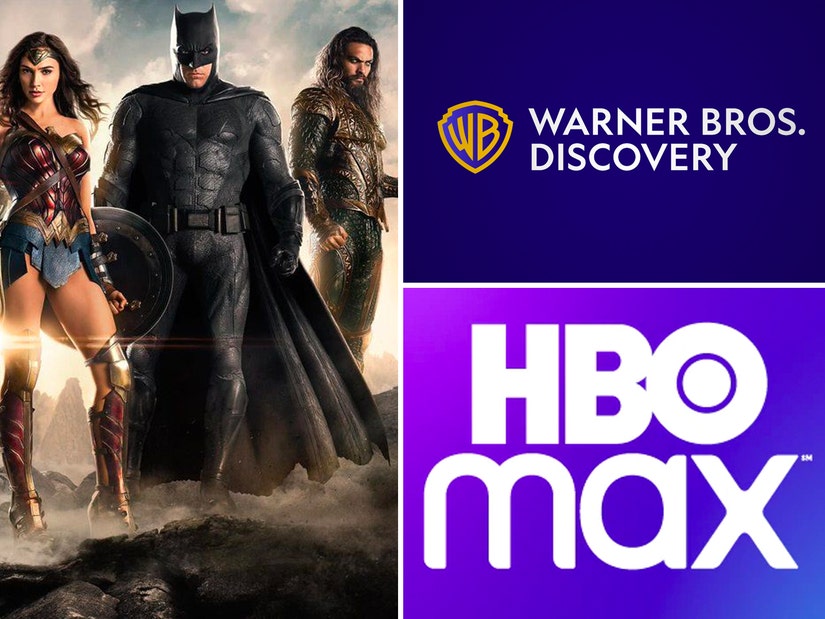 "DC is something we think we can make better," said CEO David Zaslav as he explained why Batgirl got the axe and their plans going forward.

All ears were listening to the Warner Bros. Discovery Q2 earnings call for investors on Thursday, as the studio revealed some major changes to its overall structure going forward -- changes which don't just affect HBO Max, but pretty much everything under the company's banner.

The call was hotly anticipated after the studio pulled the plug on Leslie Grace's nearly-completed "Batgirl" movie, a move which sent shockwaves through Hollywood. WB said it was due to the company's shift to make theatrical films from its DC properties, something "Batgirl" simply wasn't and was never supposed to be. They also axed an animated "Scoob!" film and began to pull original movies and series off HBO Max, leaving many to wonder what else might disappear going forward.

David Zaslav, CEO of Warner Bros. Discovery, kicked off the presentation by saying he believes they're "on the right path to meet our strategic goals and really excel, both creatively and financially." He also promised the studio would produce the most "compelling and diverse offerings in the world" across its various properties, including DC, Harry Potter and Hanna-Barbera, and "attract the best storytellers."

He reinforced the company's plan to "fully embrace theatrical" and take "aggressive steps to course correct" their previous direct-to-streaming plans for films -- pointing to the successes of "The Batman" and "Elvis." Zaslav also said the company's main priority was "launching an integrated SVOD service" and plans to bring HBO Max and discovery+ together under one service. The name for the service was not revealed.

"I couldn't be more excited about where we're headed as a company," he concluded, before JB Perrette -- CEO and President, Global Streaming and Games -- detailed the company's new SVOD strategy.

"We have a lot of work to do," he began, saying they don't plan to follow the current streaming platform business model followed by so many other companies. Revealing plans for both ad-lite and ad-free options for its upcoming combined service, Perrette said it will be a home for films, premiums television, reality shows and programming from The Magnolia Network and CNN.

HBO Max is from Mars, discovery+ is from Venus pic.twitter.com/AOi2bRBpHr

In an interesting slide, WBD broke down what it saw as the major differences between HBO Max and Discovery+ -- saying more men tuned into the former for scripted shows and "fandoms," while the latter was more female skewed and offered unscripted "comfort viewing."

"There's lots to do and we're determined to get it right, which will take a bit of time," he continued, saying the launch of the new service won't happen until Summer 2023 in the US, before expanding around the world.

Perrette also said they will not "blindly seek to win the content spending wars" on programming and will instead "spend smartly" -- and estimated they'd have 130 million total subscribers by 2025.

During the presentation, they did point to projects like "Wonder Twins," "Scoob!" and "Batgirl" as "examples of streaming films that do not fit this new streaming approach." As a "course-correcting" measure, they also teased a total "restructuring of content portfolio" when it comes to scripted shows, kids and animation and direct-to-HBO Max films.

In all seriousness, this is the most worrisome slide in the presentation so far?

During the Q&A portion of the presentation, they were asked about the decision to cancel Batgirl and any changes for DC going forward.

"DC is one of the top of the list for us. You look at Batman, Superman, Wonder Woman, Aquaman, these are brands that are known all around the world. Big opportunity for us," said Zaslav, who confirmed they "have done a reset" when it comes to their superhero projects.

"There will be a team with a 10-year plan just focusing on DC," he said, comparing their plan to what Marvel has accomplished with Kevin Feige. "We think we can build a long-term, much stronger, sustainable growth business out of DC."

"We're not going to release any film that's not ready. The focus is going to be how to we make each of these films as good as possible," he continued. "DC is something we think we can make better. We have some great DC films coming up, 'Black Adam,' 'Shazam!' and 'Flash.' We've seen them, we think they're terrific and we think we can make them even better."

Zaslav also said they've heavily analyzed how direct-to-streaming movies perform and "it's no comparison to what happens when you launch a film in the theaters." They also promised to "protect the DC brand."

Regarding fears that there would be less HBO Max series going forward, Zaslav said, "Our strategy is to embrace and support and drive the incredible success that HBO Max is having." They also promised that programming from HBO and HBO Max "remains the centerpiece" of the new combined service.

If there's any additional takeaway, it's that WBD is extremely excited about "House of the Dragon" -- pushing its upcoming premiere multiple times throughout the presentation.