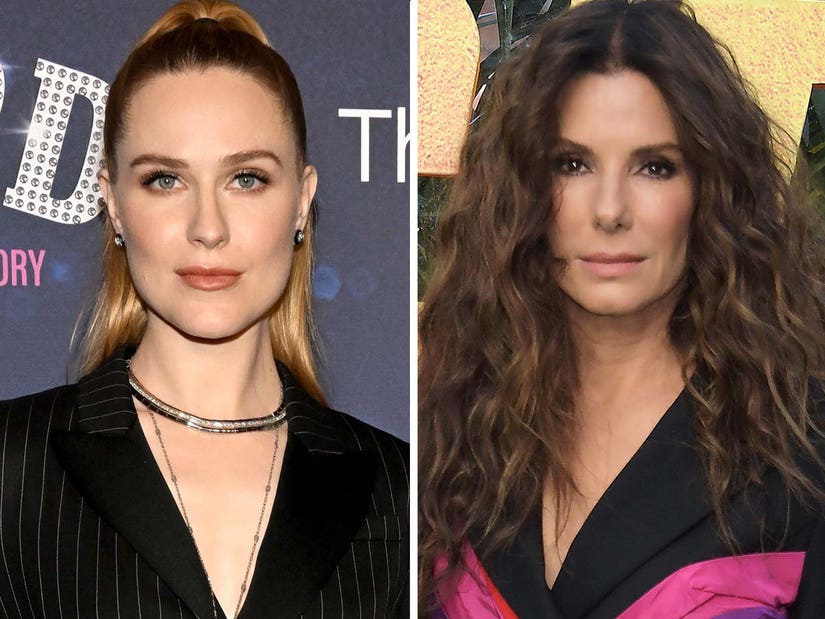 "I didn't realize it until later on in life. It's like, 'Oh you were in love with her.'"

Evan Rachel Wood is coming clean about some on-set feelings she had about Sandra Bullock while filming "Practical Magic."

The 35-year-old "Westworld" star spoke to Andy Cohen during her appearance on "Watch What Happens Live" and revealed that she had developed a crush on the "Lost City" actress while working on their 1998 film.

Wood was 11 years old when she took on the role of Bullock's gifted daughter in "Practical Magic."

Though Evan hasn't kept in touch with Bullock, she admitted, "I had such a crush on Sandra Bullock when I was doing that movie [laughs]. But I didn't realize it until later on in life. It's like, 'Oh you were in love with her.'"

The "True Blood" alum said that she was in love with Bullock "as much as an 11-year-old girl could be with her movie mom."

"Practical Magic" was a dark comedy that told the story of two sisters who were born into a magical family. Joining Wood and Bullock in the cast were Nicole Kidman, Goran Visnjic and Aidan Quinn.

Despite being a cult classic the film received a 23% score on Rotten Tomatoes, however in keeping with its cult status it still has a 73% audience score on the movie rating site.