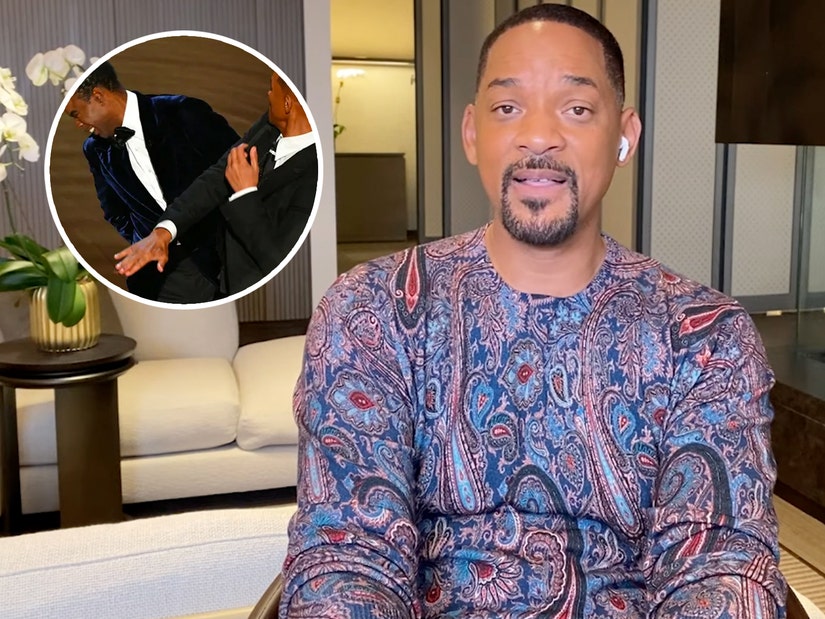 Though he would "understand" and "respect" that decision, he hopes people would still see it for this reason.

Will Smith's press tour for "Emancipation" has begun -- and, of course, talk about the now-infamous Oscars slap came right along with it.

The actor was interviewed by FOX 5 DC reporter Kevin McCarthy over the weekend and was asked to share his message to anyone who might be hesitant to see the movie because of Smith's antics at the Academy Awards -- where he, of course, slapped Chris Rock on stage after a joke about Jada Pinkett Smith.

"I completely understand that. If someone is not ready, I would absolutely respect that and allow them their space to not be ready," Smith answered. "My deepest concern is my team. [Director Antoine Fuqua] I think has done what I think is his greatest work of his entire career."

He then went on to praise cinematographer Bob Richardson, production designer Naomi Shohan, costume designer Francine Jamison-Tanchick and costars Charmaine Bingwa and Ben Foster, saying everyone has "done some of the best work of their entire careers" on the film.

The movie stars Smith as a man who escapes slavery and heads North to join the Union Army. It was inspired by the real-life "Whipped Peter," whose scarred back from whippings was captured in photos from a medical examination and used by the abolitionist movement to highlight the horrors of slavery.

Should Smith be nominated for the film, he won't be allowed to attend the ceremony, as he was banned from attending all Oscar events for 10 years.

Smith issued a lengthy apology video back in July, in which he said his behavior at the Oscars was "unacceptable."

"I'm here whenever you're ready to talk," he said to Chris Rock in the video, before apologizing to Rock's mother and brother, Tony, as well as his wife Jada, their kids and his fellow nominees.

He concluded the video by saying he was "deeply remorseful" and "trying not to think of myself as a piece of s---," while promising he was "deeply devoted and committed to putting light and love into the world" going forward.