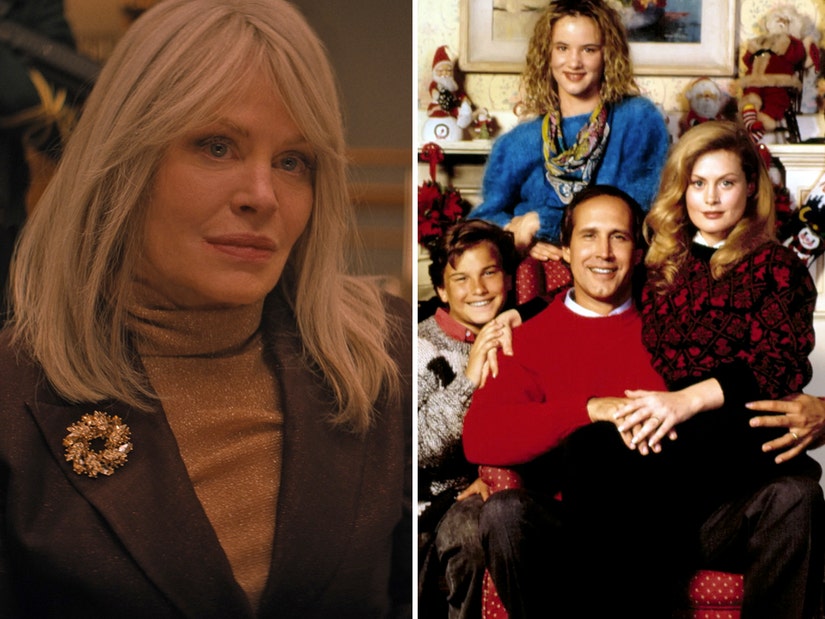 "They've been to the Oscars and various premieres with their father, but this was the first time it was mom's turn"

Beverly D'Angelo gets back in the holiday spirit for her new movie -- but it's a far cry from Ellen Griswold and "Christmas Vacation."

The actress returns to seasonal fare in the new dark comedy "Violent Night," trading fa-la-la-la-las for F-bombs as Gertrude Lightstone, the businesswoman matriarch of a very wealthy family held hostage by mercenaries on Christmas Eve. While it's Santa Claus (David Harbour) who comes to the family's rescue in the off-the-wall, R-rated film, D'Angelo steals her scenes with her sailor's vocabulary and ambivalent attitude toward her money-hungry children.

TooFab spoke with the 71-year-old actress following the red carpet premiere of the film, which she attended with her 21-year-old twin children, Olivia and Anton, whom she shares with ex Al Pacino (photo below). Her niece (below right) also joined them. For D'Angelo, seeing her family react to her take-no-prisoners role in the film made it worth all the time she had to spend away from them to make it. 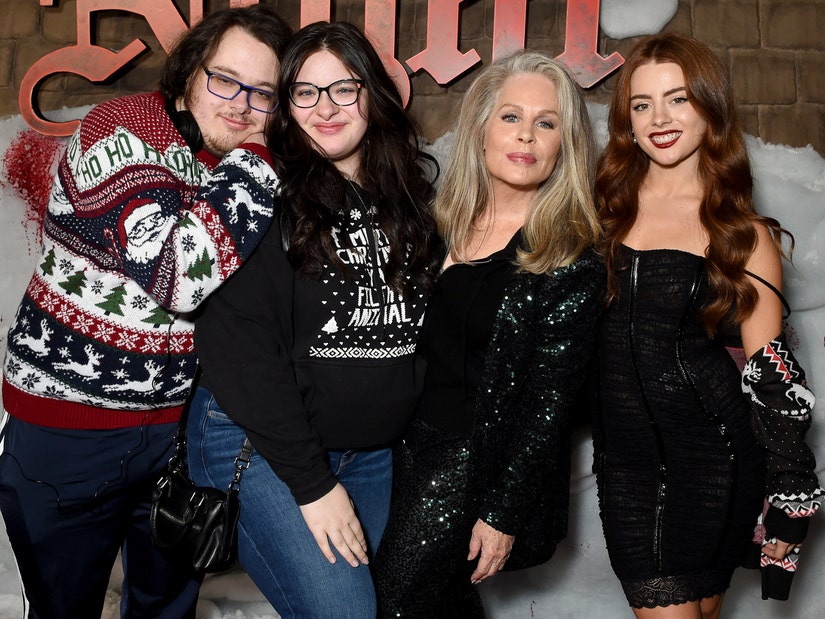 "We had the best time. Really, I haven't done a studio picture for a very, very long time. I was a very devoted mom. It was just great," D'Angelo told TooFab. "Of course, they've been to the Oscars and various premieres with their father, but this was the first time it was mom's turn and we just had a fantastic time together. It was so great."

"There's nothing like looking around and seeing your kids having a good time and knowing that the time that you spent away from them brought them some pleasure," she continued, before opening up about how isolating it can be during production.

"When you do film, you kind of lift off from reality and you're not in touch and it's such an inner journey and a great deal of isolation and you jump into this very intimate setting with your coworkers, but you're away from everything else," explained D'Angelo. "You're kind of helpless to help anyone else. There's a lack of emotional availability too, because you're into this thing. So I loved feeling last night when I saw the audience reaction, I love feeling that I had gone somewhere and brought them back something that was entertaining and lifted them a bit."

While "Violent Night" is destined to join the annual holiday rotation right alongside "Christmas Vacation" for many at home, D'Angelo said she probably won't do the same -- and only showed her kids the latter because all their friends were talking about how their mother was in it. "I went, 'Oops, we better watch that one together,'" she said with a laugh.

"I'm not a big viewer of my own work. I always go, 'I should have done that, I should have done this, or the lighting,'" she said, adding that her kids aren't as enthusiastic about her place in the holiday Hall of Fame simply because they grew up in Hollywood.

"Look, the father of my kids is Al Pacino so they certainly have the insider view of what it is to be an actor and devoted to your craft," she said. "My son has a video game company, my daughter is a live actor, so it's not something they don't care about, it's more like we're in a company town and it's family business."

Though D'Angelo noted that "Violent Night" is definitely more extreme than her other holiday film, she does believe the two movies share some similar DNA.

"I think it's a lot of fun and it's got that thing that 'Christmas Vacation' has," she said of the new flick. "In this movie, I know it's called Violent Night -- and yeah, there's action, there's violence, there's blood, there's guts -- but there's heart and love conquers all."

That being said, she also loved flipping the script when it came to the role she played in it all.

"What I saw was this wonderful character that was so much the polar opposite as Ellen Griswold in the same setting, that I just couldn't wait to get my hands on it," she said, adding that she came up with a lot of her character's colorful language. "[Director Tommy Wirkola] said I did surprise him because I came up with some profanity that he'd never even heard of. But, you know, I have!"

Now that she has two holiday movie matriarchs under her belt, is there one that feels a little closer to the real Beverly? According to D'Angelo, nope!

"I don't live my life as either of them. Ellen Griswold was really modeled after my mother. All of those series," she explained. "I grew up witnessing a great love affair. My mother was a very devoted homemaker and family head and she always said, 'It doesn't matter who gives what, as long as it adds up to 100%' and I witnessed that."

"On the other hand, Gertrude is more of the lineage of the character I played on 'Entourage,' someone who's been in the world and will take no prisoners," she added. "Because she's had to and that's what she's made out of it. It was just fun to embrace that."

This year, she hopes viewers embrace both versions as they celebrate the holidays with their friends and families.

"My dream is that, this year, people will go to the theater to see 'Violent Night' with a whole bunch of people," she said, "and then they'll come home with their family and put on that 4K Christmas Vacation and spend it with the Griswolds, with a bag of popcorn or eating their dinner." 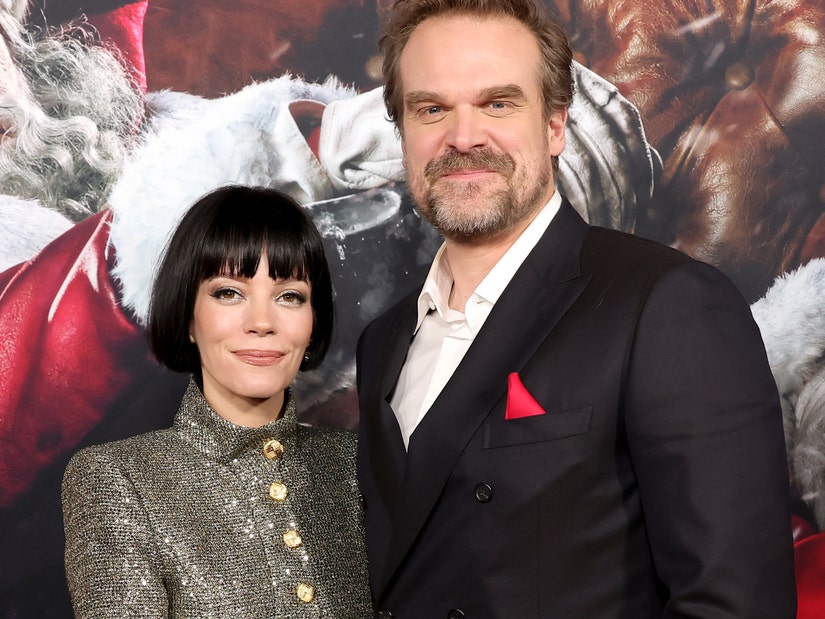