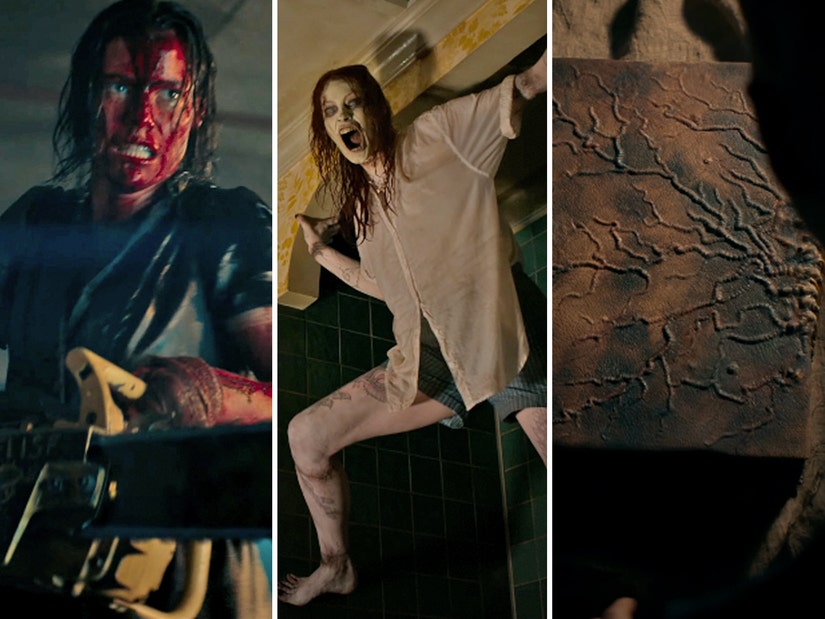 "Mommy's with the maggots now."

The Deadites of "Evil Dead" are back in the first trailer for what's being dubbed the next "installment" in the series, "Evil Dead Rise."

Coming from Warner Bros. later this year, the plot for the movie promises the action will move "out of the woods and into the city," after the original two films and the 2013 reboot revolved around possessed teens in a secluded cabin.

The red band trailer highlights the return of the Necronomicon, someone wielding a chainsaw to stop the possessed and some seriously disgusting gore involving both a cheese grater and glass. You've been warned!

Witness the mother of all evil in the official trailer for Evil Dead Rise - only in theaters April 21. #EvilDeadRise pic.twitter.com/CMtitMZumK

Per WB, the movie "tells a twisted tale of two estranged sisters ... whose reunion is cut short by the rise of flesh-possessing demons, thrusting them into a primal battle for survival as they face the most nightmarish version of family imaginable."

One of those demons is the sisters' own mom, played by Alyssa Sutherland. The cast also includes Lily Sullivan, Morgan Davies, Gabrielle Echols and Nell Fisher.

Though Bruce Campbell will not return as Ash in the film, he is on board as an executive producer alongside series creator Sam Raimi. In a video shared earlier this week, Campbell promised the movie "is amazing and, yes, it is the scariest one yet."