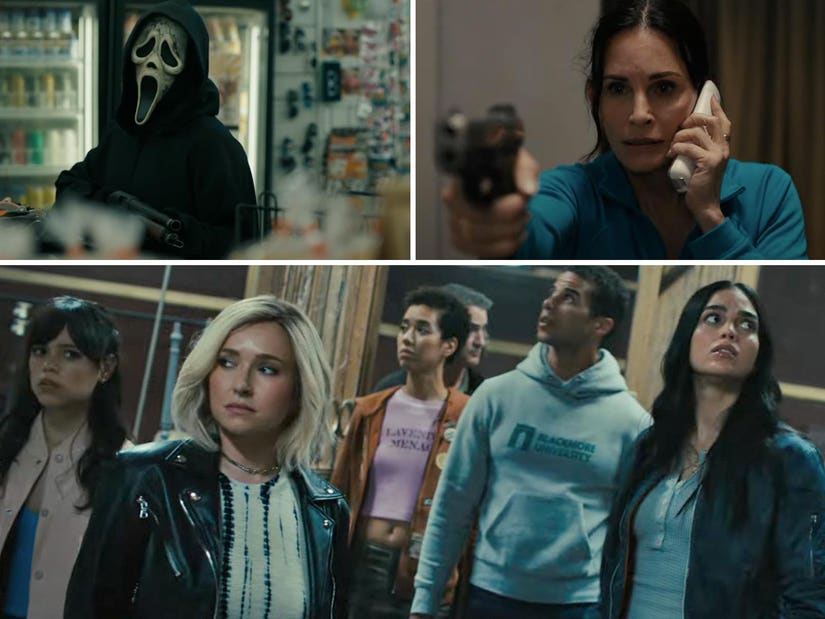 Neve Campbell may be out, but Hayden and Courteney Cox are back alongside the stars of last year's re-quel.

Ghostface takes Manhattan in the first full trailer for "Scream VI," the sixth film in the series which began way back in 1996.

The trailer begins in, where else, a bodega -- where the masked killers slashes and, eventually, shotguns his way through some of the shoppers as Barrera and Ortega's characters hide.

"We share a certain history," says Kirby, as she meets the other survivors. "This isn't like any other Ghostface," she adds, before they hatch a plot to catch and kill the killer. The footage ends with Gale getting a dreaded phone call and fending off an attack (hopefully) and Barrera's Sam saying, "You want me, so let's finish this."

Also in the cast are Dermot Mulroney -- who appears to be playing a cop -- Samara Weaving, Josh Segarra, "Avatar's Jack Champion, Liana Liberato and Tony Revolori.

While Cox has appeared in every installment so far, Panettiere only appeared in "Scream 4" -- and was seemingly killed off at the time. The 2021 "Scream" re-quel, however, included an Easter egg confirming she actually survived her attack.

Series star Neve Campbell, meanwhile, decided against appearing in the film after she received an offer she felt "undervalued" her worth to the series. She later confirmed she'd still consider coming back in future films ... "if they came to me with a number that felt right" and "respectful."