Keri Hilson sang the National Anthem at last night's Lakers vs. Hawks game ... or at least she tried to. 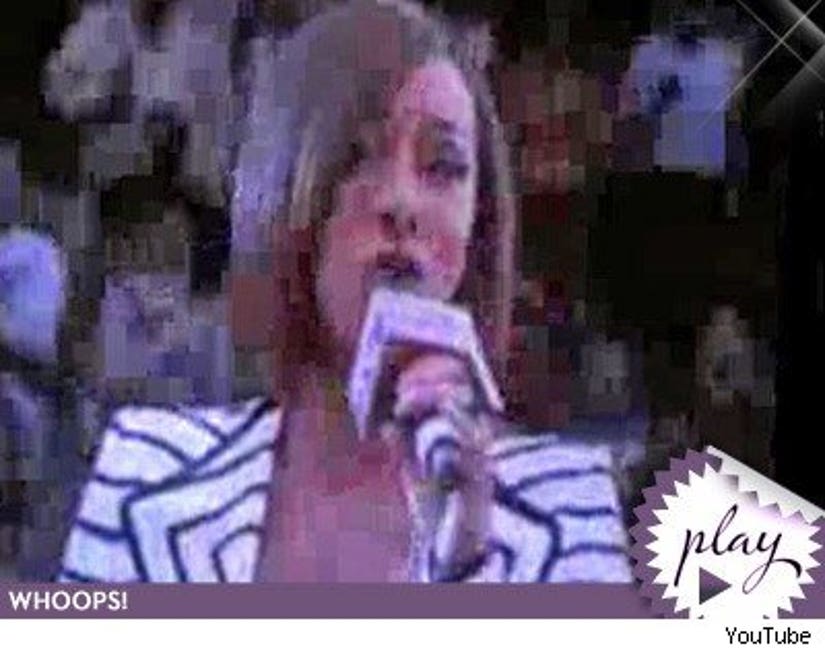 The "Knock You Down" singer messed up the lyrics while singing, but at least copped to her mistake on Twitter saying, "I'm not sad 1 bit!! I def gave April Fools smthn 2 talk about but hey, I'd rather kill it & stumble on 3 words than sound bad."

She'll get a chance to redeems herself Easter Sunday when she sings the anthem again before the Red Sox/Yankees game.