With his trademark bowl cut shag and his pearly white chompers out in full force, reigning teen pop prince Justin Bieber tweeted that he looks "crazy as heck" on the cover of the new issue of People magazine. 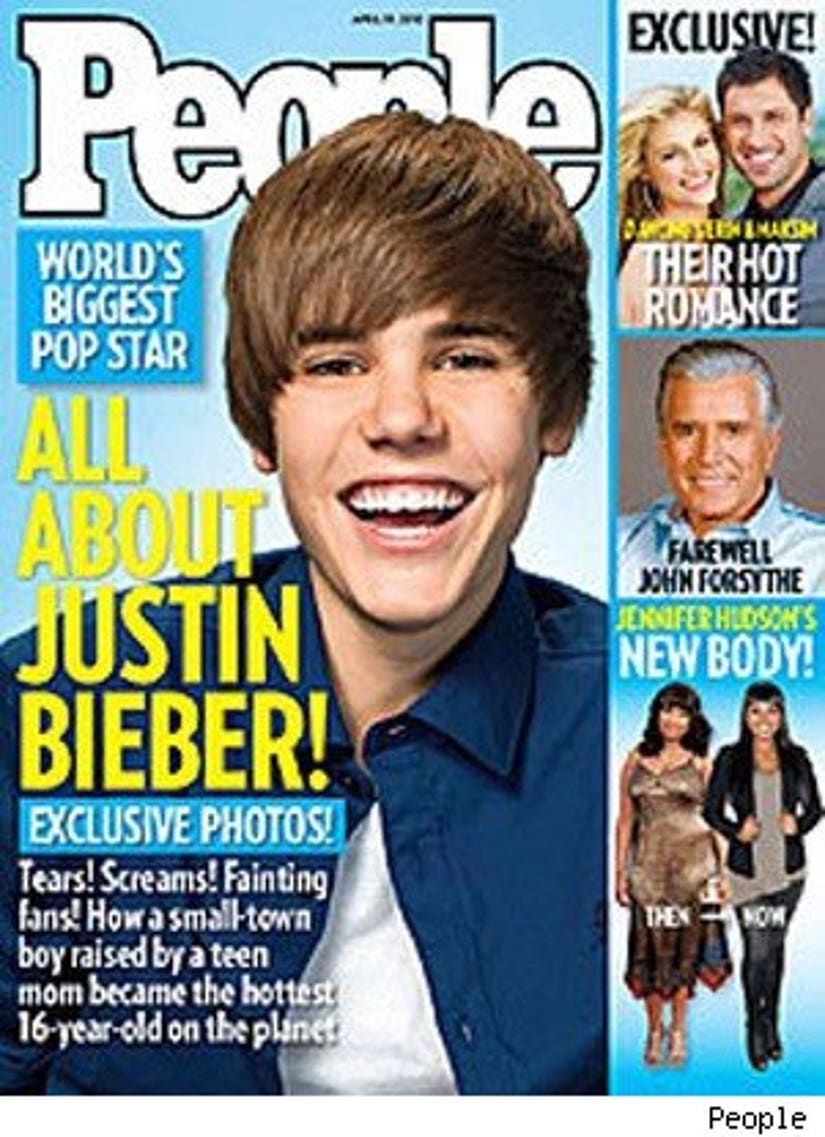 In his twitter post, the 16-year-old wrote: Dear @peoplemag Covershoot...next time i laugh real crazy warn me u r still taking pics...still appreciate u but let's get on the same page.

No matter what he thinks, JB is still not as crazy as his legions of Bieberheads.