Ricky Martin made his first public appearance tonight since announcing he's gay -- and got a standing ovation doing it. 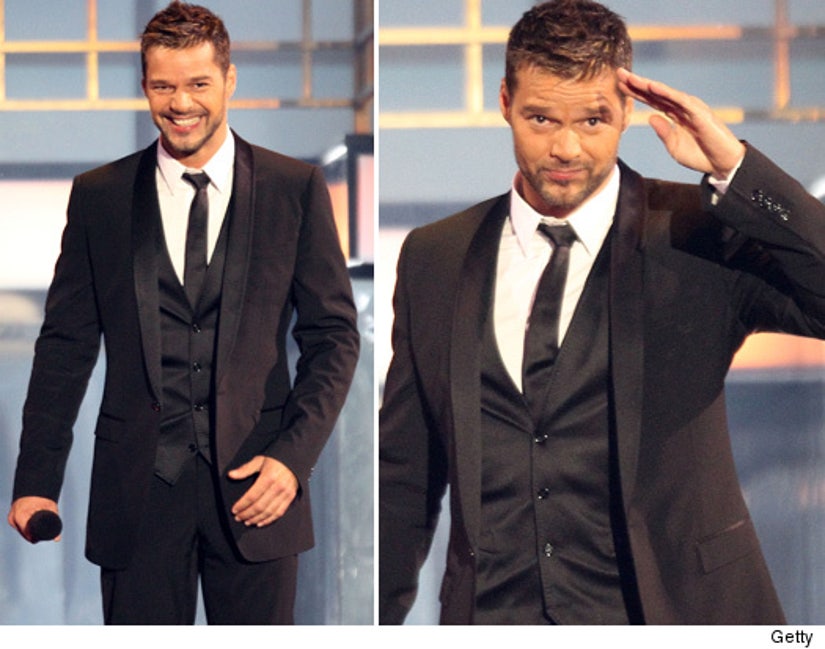 Martin appeared at the Billboard Latin Music Awards ceremony in San Juan, Puerto Rico, where the entire audience stood up straight as he walked on stage.

He makes that suit look goooood.