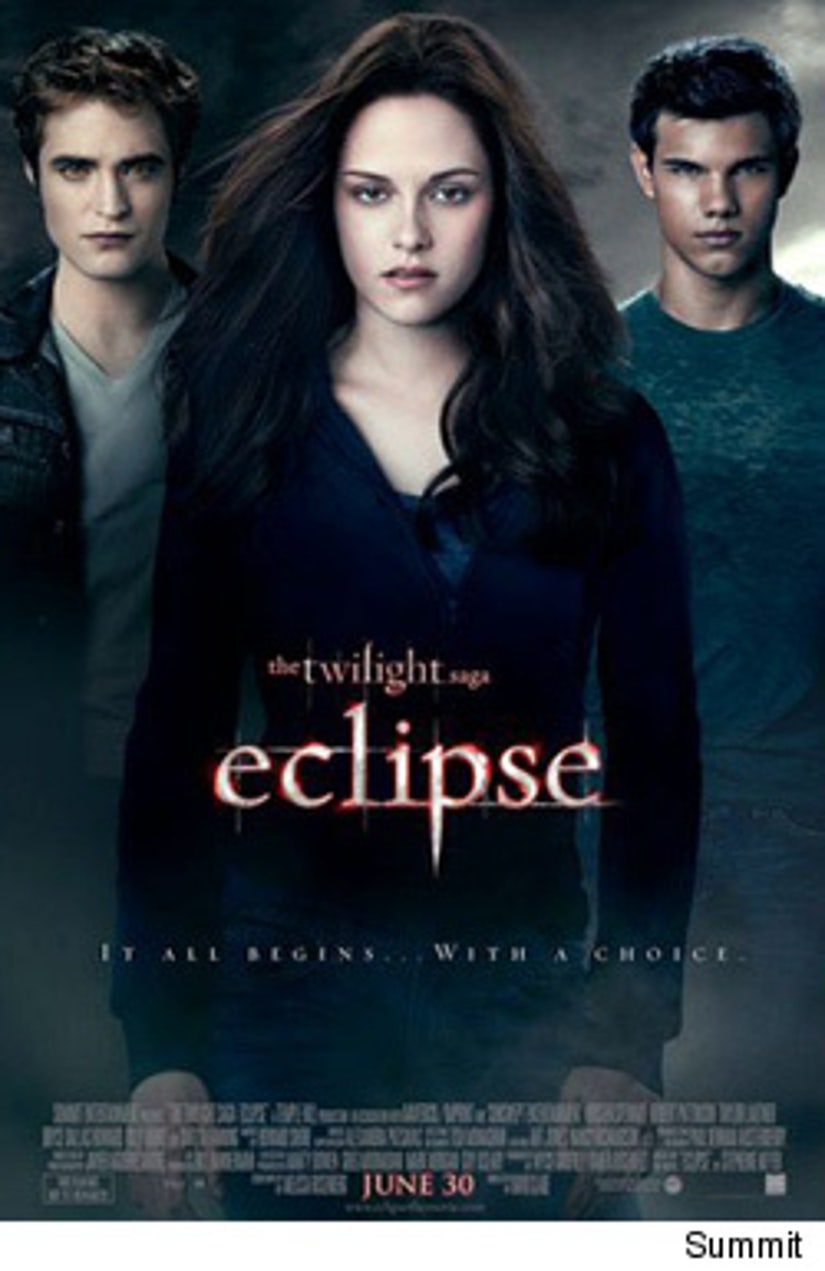 "Twilight's" Bella and Jacob are getting even more popular ... as baby names.

According to MSNBC, the two names from Stephenie Meyer's books and the films based on them have recently grown in popularity -- and it's probably not a coincidence.

Another "Twilight" name on the list: Cullen, which was the fastest rising boy's name -- jumping from #782 to #485 last year.

As we previously reported, the name "Sookie" has been growing in popularity too.