Hollywood icon Dennis Hopper died early this morning after a long battle with prostate cancer. He was 74. 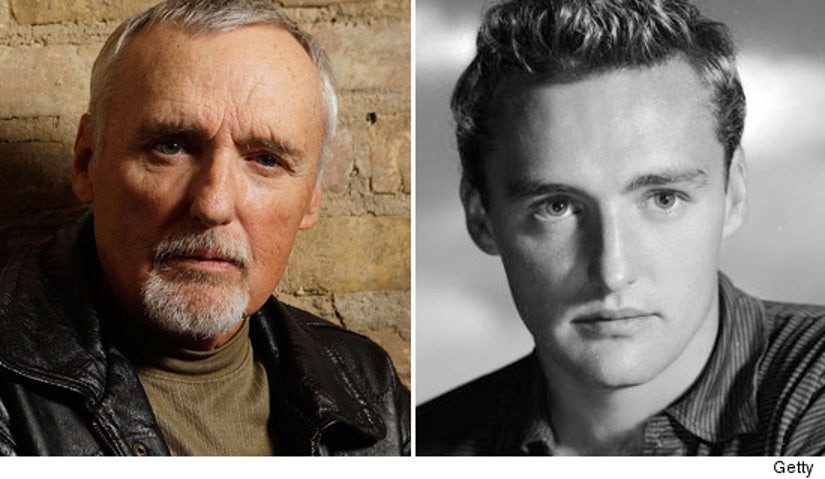 We're told he was surrounded by family and friends when he passed.

Hopper is most known for starring in "Easy Rider," which he also directed. He's also known for his work in "Rebel Without a Cause," "Blue Velvet" and villainous roles in "Speed" and "24."

The actor, who was going through a divorce from his wife Victoria at the time of his passing, was awarded a start on the Walk of Fame last March.