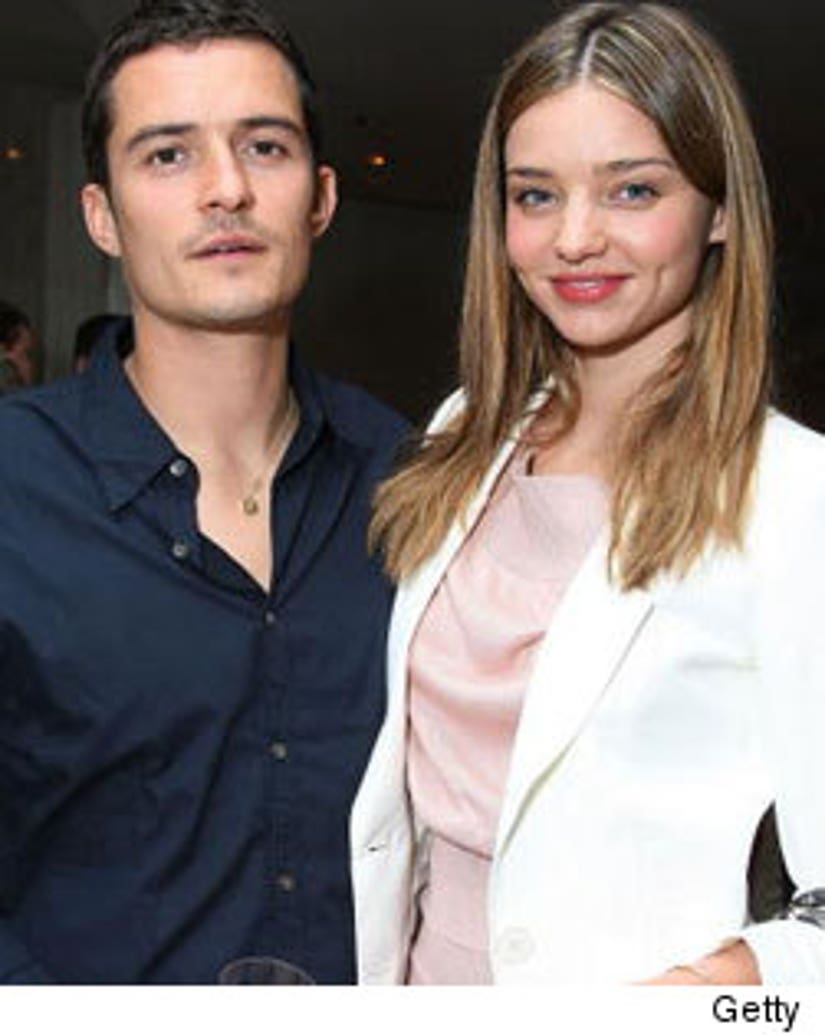 Miranda Kerr and Orlando Bloom are having a baby!

The Victoria's Secret confirmed what many have speculated since she married the "Pirates of the Caribbean" star in July -- telling the Spanish Vogue she's four months along.

She also tells the mag that keeping the pregnancy a secret hasn't been easy, saying "Iremember on one occasion in the early days [of my pregnancy] when itwas still too soon to say anything, and I had a dreadful time at onejob" -- alluding to morning sickness.

The child will be the a first for both.

Check out our gallery of Stars Just Starting to Show!