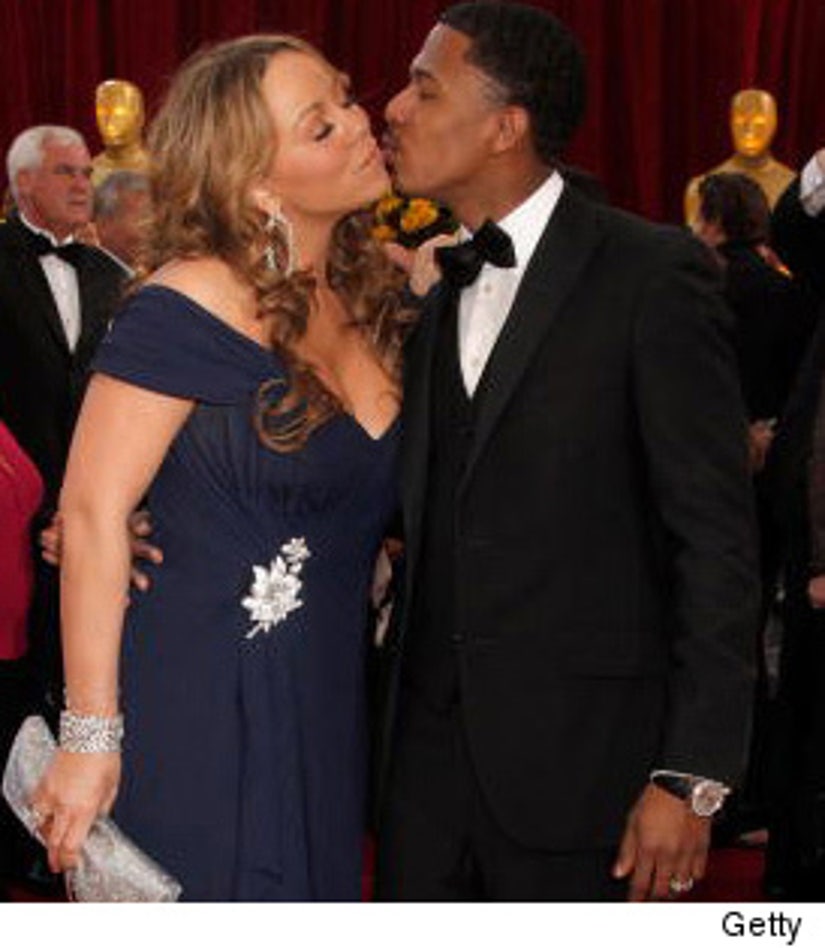 After some photos surfaced this weekend of a larger-looking Mariah Carey, everyone wants to know if she's pregnant -- but hubby Nick Cannon ain't spilling the beans.

On his radio show yesterday, Nick said "I've said it before and I'll say it time and time again. when my wife feels like talking about whatever she wants to talk about, you will hear it directly from her."

He adds: "Honestly ... I say this to you so you can tell whoever it is you've got to tell, we all know it's extremely personal, and it is for a woman to deal with things with her body.

"That's something that you want to keep near and dear ... until you're 100 percent sure in any situation ... There's a certain time limit that you're supposed to wait before you actually can officially say that you are. You've got to take all those things into factor and it gets really heightened when you're one of the most famous people in the world because you don't want to mislead anybody."

Pregnancy rumors have surrounded Cannon and Mariah since they got married in 2008.