Don't worry, Britney Spears isn't running to the altar for a third time -- but she does wear a wedding dress in a brand new photo shoot for Pop Magazine. 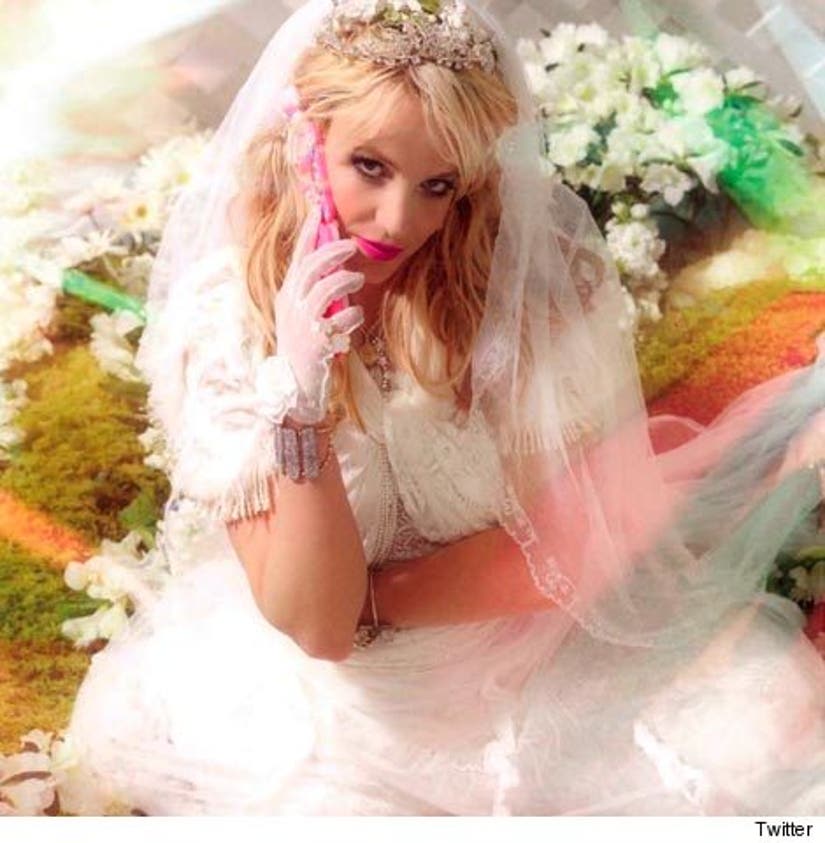 The colorful, anime-influenced shoot was done by Japanese artist Takashi Murakami, and Britney posted one of the pics on her Twitter earlier today.

Of the shoot, she had previously tweeted "I just saw the photos for the first time and they are beautiful."