There's some crazy relationship gossip coming out from the "Glee" set -- and now, one of the stars involved is speaking out 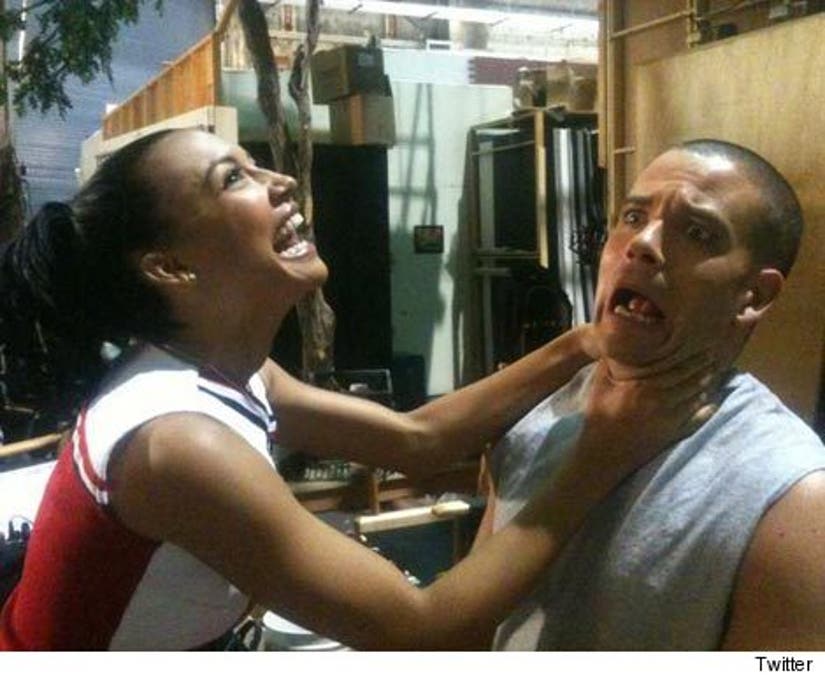 According to Us Magazine, Naya Rivera ("Santana") and Mark Salling ("Puck") were seeing each other in real life -- but Rivera allegedly went wild, egging and keying Salling's Lexus when she found out he was dating other people.

Rivera's rep had no comment -- but last night, Mark twittered the above pic of the two fighting on set, saying "Silly rumors, we're the best of friends."