Breaking news Twi-hards -- casting has begun for the final chapters of the "Twilight" film series! 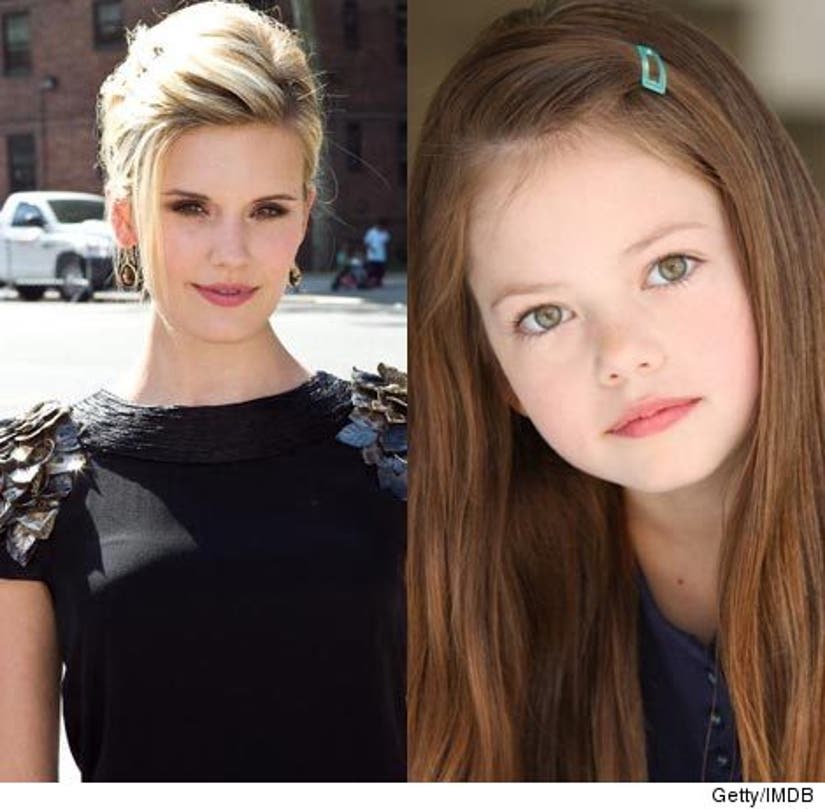 "Lost" and "Taken" star Maggie Grace (left) has been announced as "Breaking Dawn" bad girl Irina, according to EW.

They also report that nine-year-old Mackenzie Foy (right) is thisclose to nabbing the role of Renesmee -- Bella and Edward's human/vampire child who grows into a teenager by the time she's seven.