Jim Carrey locks lips with Ewan McGregor in their new film "I Love Phillip Morris," and the Canadian-born funnyman says he enjoyed it --a lot! 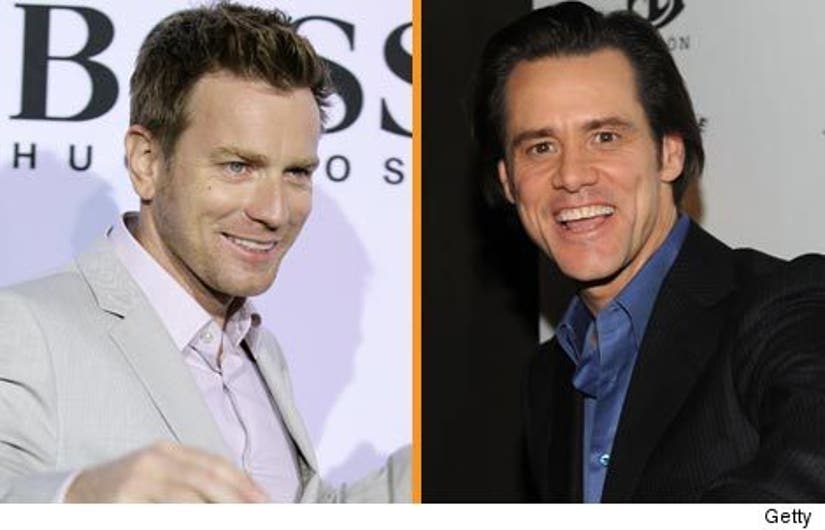 "A dream come true," is how Carrey describes kissing McGregor in an interview with Parade. "I mean, look at the guy. I have to say, he is a great kisser."

As for any qualms about kissing another male, Carrey scoffed at any awkwardness. "As Ewan said, 'When you're kissing another guy it can get a little prickly.' Actually, you had to put out of your mind your own sexual preference and just try to understand that you were loving another person who just happens to be a guy. It wasn't about male or female, love is love."

Now, tell that to the opponents of same-sex marriage!