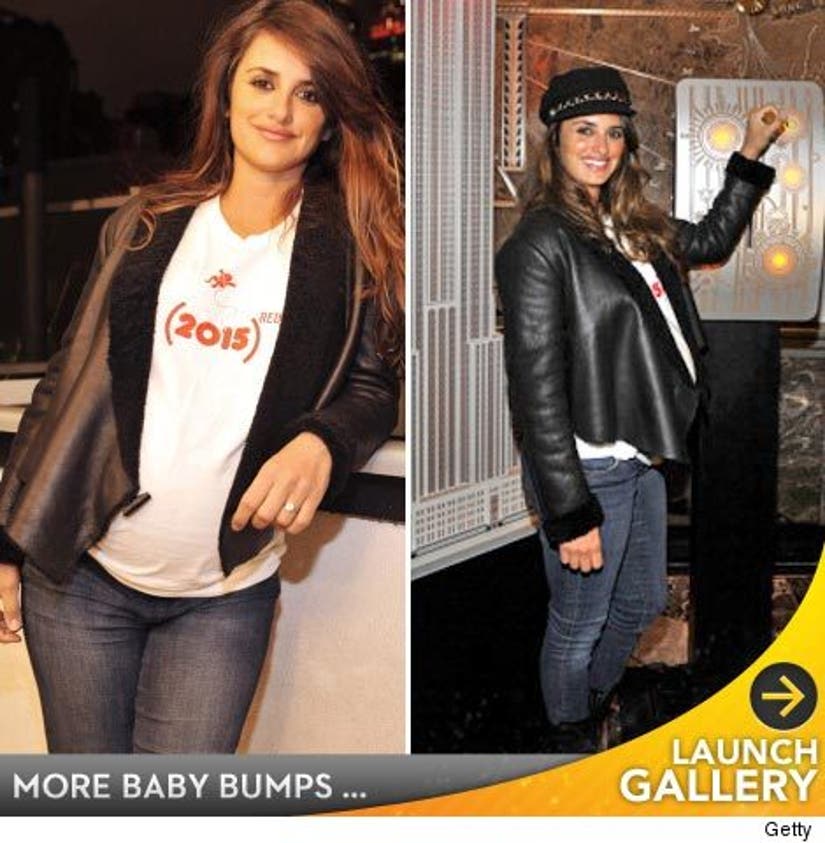 Cruz, who is about 7 months along with Javier Bardem's kid, showed off her pregnancy curves at the Empire State Building on Tuesday while promoting (RED)'s new campaign "An AIDS Free Generation Is Due in 2010."

The campaign highlights the possibility that by 2015, mother-to-child transmission of HIV could be eliminated.