"American Idol" kicked off "Hollywood Week" Monday, and TooFab has exclusive details about its first day, including the music the contestants will be singing! 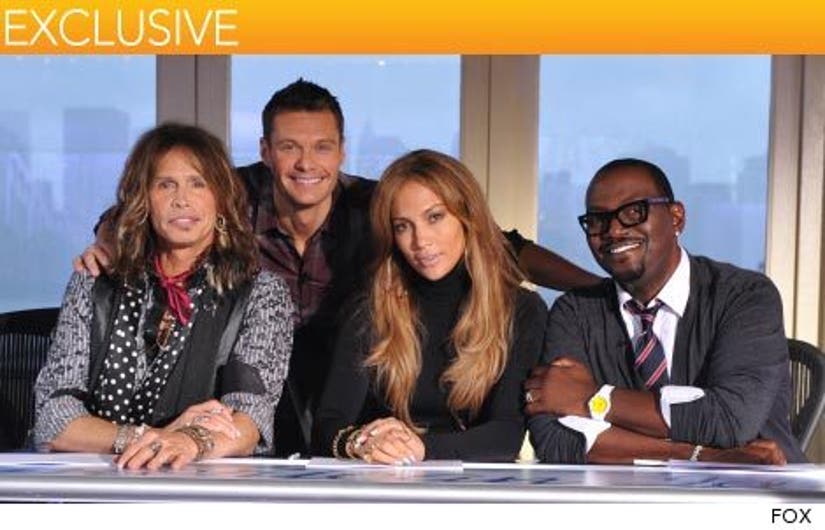 The 200-plus "Idol" hopefuls, who arrived from across the country after auditioning in their home cities, attended an orientation session Monday from 6:30 p.m. to 8 p.m. at a Pasadena hotel, TooFab has learned. The hopefuls will compete over the next several days to snag a spot in the group that heads to the next round.

Sources tell TooFab that contestants were given a list of songs that they can sing during the "Hollywood Week" competitions. The songs on the approved list include those by artists including The Black Eyed Peas and The Jackson 5. The hopefuls will sing in groups, as well as solo.

As TooFab previously reported, there are more contestants than usual this year because the age limit was lowered to 15. Because of this, sources tell TooFab that the contestants are housed in two hotels this year, not one. Also, sources add that space inside the primary hotel is so cramped, some contestants are practicing their vocals in the hotel's parking garage!

As for Tuesday's schedule, Seacrest tweeted, "we start seeing the contestants that made it 2 hwood for idol."