Chelsea Handler's pal, comedian Natasha Leggero, is standing behind the "Chelsea Lately" host following a series of controversial and derogatory jokes the E! TV personality made about Angelina Jolie during a comedy show last weekend in New Jersey. 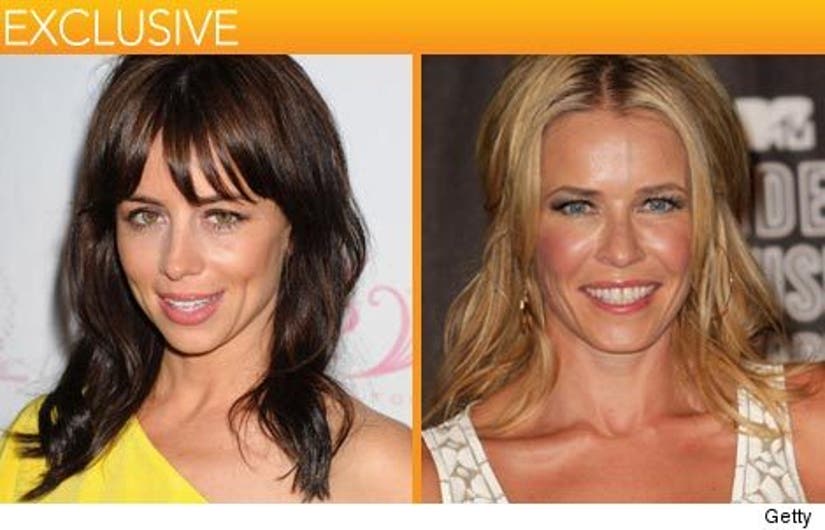 During the comedy show in Newark, N.J., Handler called Jolie a "home wrecker" and made inappropriate comments about her children with partner Brad Pitt. Handler came under fire for the comments, because it was perceived by some that her friendship with Pitt's ex-wife Jennifer Aniston, was fueling the jokes.

But Leggero, a regular on the "Chelsea Lately" roundtable and the host of this Sunday's 7th Annual Hollywood Style Awards in L.A., tells TooFab, laughing, "I would never steal some woman's husband and then pose on the cover of [W] magazine with him, on their bed with all their babies. I think it's too much."

Adds Leggero, "When she appeared on the cover [with Pitt], I remember it, it was before Chelsea had a show I think, and most comics made fun of Angelina, so I don't think it's a recent development."

Leggero says it's much ado about nothing, saying Handler is "so cool, really fun, and she's very off the cuff."

Leggero, a "Last Comic Standing" judge, who has a talent holding deal with NBC, also talked with TooFab about all things fashion:

What She's Wearing To The Style Awards: "I don't know yet. Part of me wants to do something a little vintage, and then another part wants to go a little more high fashion."

Who's The Best-Dressed In Hollywood: "It changes. I used to really like it when Rachel Zoe used to style people, but then she got a little crazy!"

Who's The Worst-Dressed In Hollywood: "Definitely Lady Gaga! There is a difference between fashion and just being crazy to get attention. Bjork is a similar situation!"

Her Style Icon: "I would say Catherine Deneuve."