On Tuesday, the second day of "Hollywood Week," a slew of teary-eyed "American Idol" hopefuls were given the boot and sent home--and once the contestants are narrowed down to 12, they'll be heading to a Mediterranean-style L.A. mansion, where they'll live together, TooFab has learned. 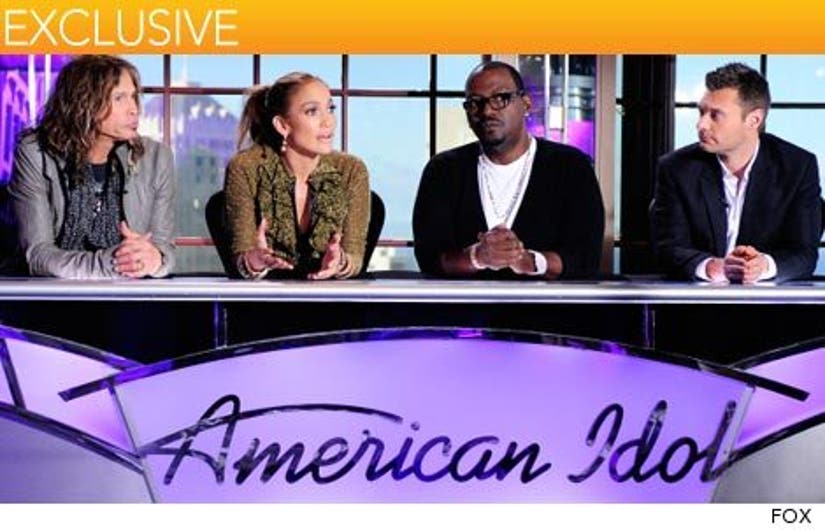 Sources tell TooFab that 324 aspiring Idols were sent to Hollywood this year, compared to 187 last year. Many of those cut from the competition on Tuesday in Pasadena, Calif., were brought to tears. "There was so much rejection and humiliation," says a source.

Those who got the boot yesterday include a female contestant from New York State who lost her job in order to come out to L.A. Another booted contestant, a male from Louisiana, raised $1,000 from his co-workers to spend while in L.A. And a third hopeful who's returning home today, is partly happy, since his wife is about to give birth very soon.

Once even more hopefuls are eliminated, the remaining twelve will leave their Pasadena hotel and live together in a huge Mediterranean-style mansion in L.A.

The solo performances kicked off on Tuesday, but will continue on Wednesday. Sources say the hopefuls sang for seven to thirty seconds in front of judges Steven Tyler, Jennifer Lopez and Randy Jackson, but didn't receive a critique from them then. After the performance, say sources, the executive producer briefly collaborated with the judges and a decision was made.

But making the decision isn't that tough, says one source. "You can tell the ones that have the right energy." And "Idol" host Ryan Seacrest tweeted on Tuesday, "good first day of idol hwood week today. Lots of good voices but who can set themselves apart and rise above all the voices? That is a star!"

Contestants littered the hallways and bar of the Pasadena hotel where many of them are staying, some practicing on guitars, others singing the likes of Garth Brooks and Dusty Springfield (specifically the tune "Son of a Preacher Man").

Sources tell TooFab that as part of the process, contestants also tape a "confessional," during which they identify themselves, say why they want to be the next "Idol," and then if cut, offer a final thought on being booted.