Disney has released the first official shots from "Pirates of the Caribbean: On Stranger Tides" -- and they all show Johnny Depp's Jack Sparrow up to his old tricks! 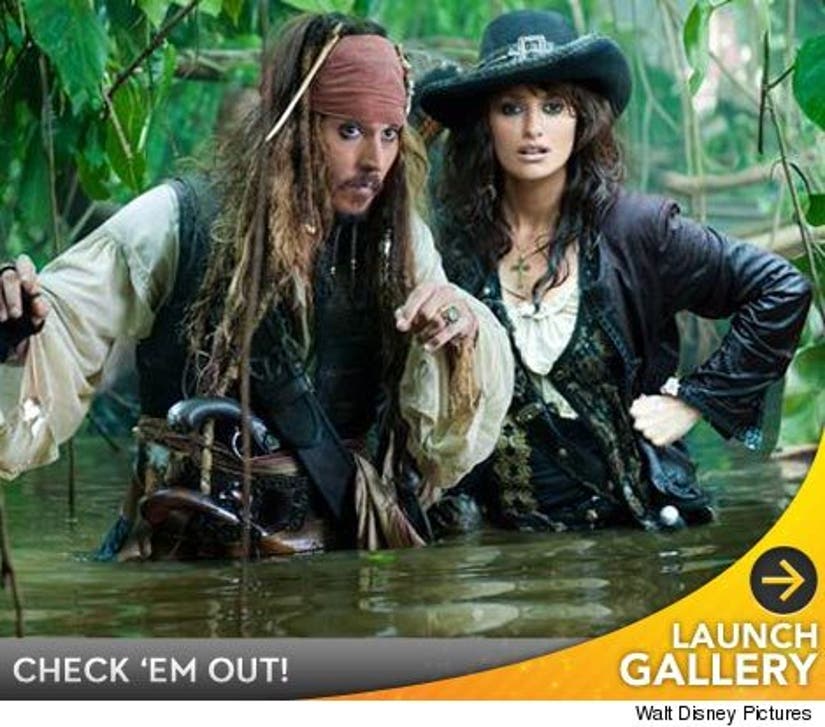 The new pics show Captain Jack killing time with Penelope Cruz, who still looks seriously sexy in her pirate gear, and hiding out from unknown foes.

The first trailer for the flick is set to debut next Monday -- and you better believe we'll have it here once it drops!