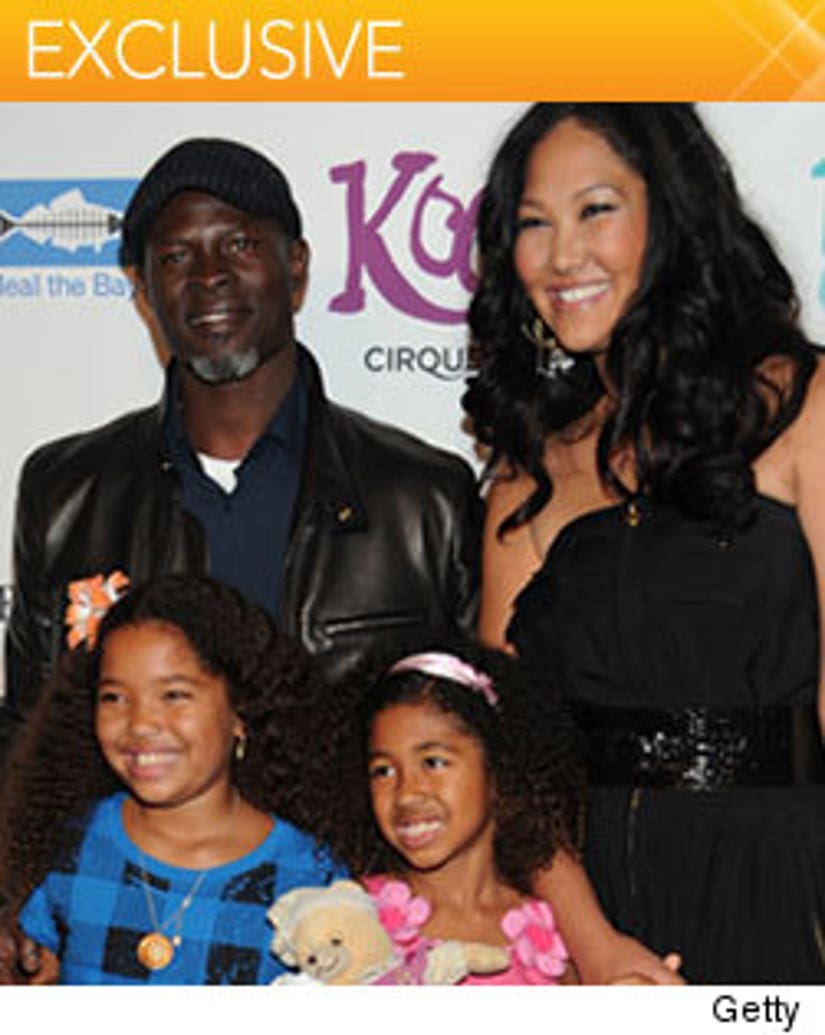 Kimora Lee Simmons already has three children--two daughters with ex Russell Simmons, and a son with current husband Djimon Hounsou--but she tells TooFab that she and Hounsou are talking about having another child!

"We definitely talk about about [having] kids in the nearfuture, we definitely want more, we lovekids and I would love to have a little companion for [son] Kenzo," Simmons, the star of E!'s "Kimora: Life In The Fab Lane," tells TooFab. "Because Kenzo's a year-and-a-half, it would be fun [for him] to have someone to grow up next to. The girls [Ming Lee, 11, and Aoki Lee, 8] are two years apart, and they have created such a bond that is so wonderful. That's how I want my kids tobe, so another baby in the bunch definitely would be fabulous! Hectic, butfabulous!"

Still, Simmons says she's just getting used to her new, body-after-baby physique. "I just lost 20pounds so I really haven't seen myself, I was like 'Where have I been?' I'm kind of enjoying it now."

And Simmons jokes that if she had another child, she'd have to tweak her TV show. "I think I would have to change my show from 'Life inThe Fab Lane' to 'Beverly Hillbillies,' because we have a lot ofpeople and kids running around. I might have to get a mini-van. It would be a different show!"