By TooFab Staff | February 10, 2011 1:21 PM
Scarlett Johansson is reportedly on the rebound from her split from Ryan Reynolds -- with Sean Penn! 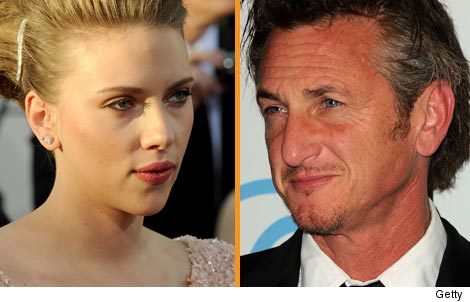 The two have been having a "fling" since January, when ScarJo was staying at the Chateau Marmont in L.A. while filming "We Bought a Zoo," according to Us Weekly.

A source tells the magazine, "Scarlett's smitten with him."

Johansson, 26, and Penn, 50, have a shared interest in relief for Haiti. Scarlett reportedly "first reached out to Sean when she was planning to visit Haiti," where Sean was living.

The Walking Dead's Princess Teases Season Finale, Dying to Work with This…

The Walking Dead Ends on Huge Cliffhanger Before Finale, Which Won't Air Until…

Halle Berry Claps Back at Critics of Son in Heels

Halle Berry Claps Back at Critics of Son in Heels