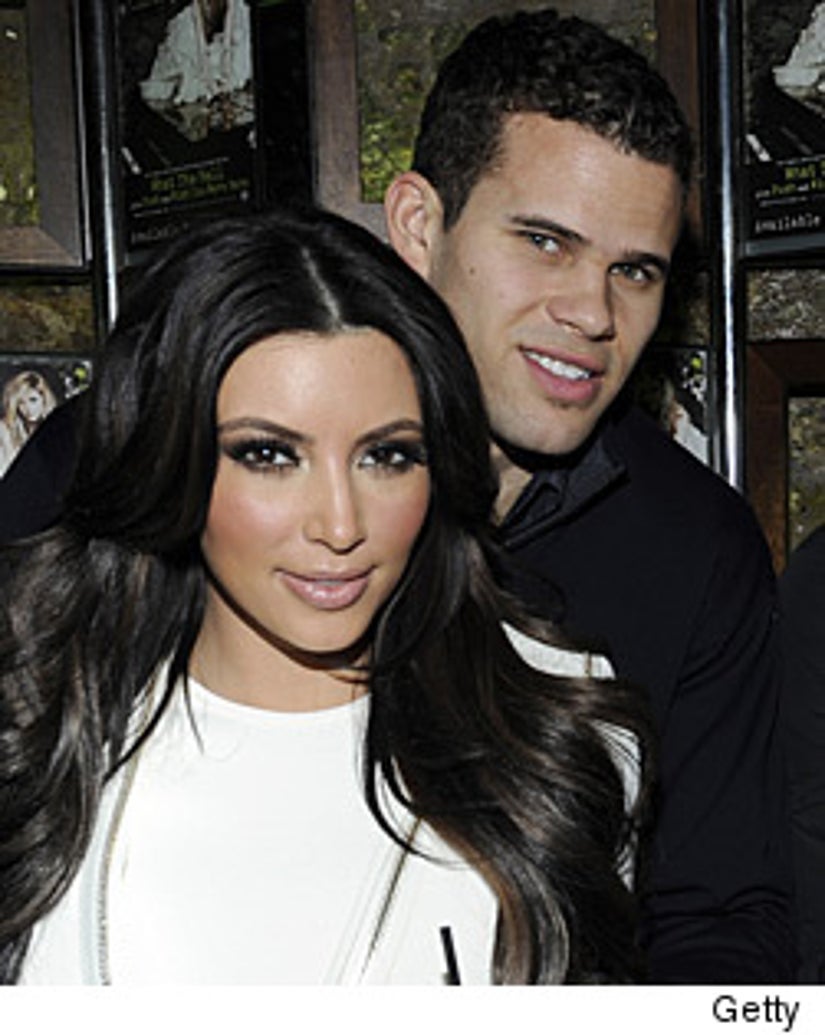 The couple tied the knot Saturday night on a private estate in Montecito, California, her rep confirmed to E! and People.

As reported, the bride wore a Vera Wang wedding gown. People described the dress as having "full tulle skirt, basque waist and hand-pieced Chantilly lace appliqué on the bodice and train." Despite being her second wedding, Kim stuck to traditional ivory. Guiseppe Zanotti shoes completed her look.

The groom wore a Ermenegildo Zegna tux with a white tuxedo jacket and black tuxedo pants. His bow tie was white.

The groom changed into a traditional black tuxedo for the reception. The bride had two more dress changes, both Vera Wang gowns.

Guests dined on a meal by celebrity chef Wolfgang Puck, and later a towering black and white wedding cake by Hansen Cakes.

Unfortunately, no photos were made public -- People bought the exclusive rights for a reported $1.5 million. The wedding issue is expected to hit newsstands Friday.

E! will footage from the wedding Sunday night, which TooFab will have for you Monday morning as well.