The world got its first semi-blurry glimpse at Jonathan Taylor Thomas in almost 10 years yesterday, his 30th birthday -- and now, we've finally got a picture-perfect shot! 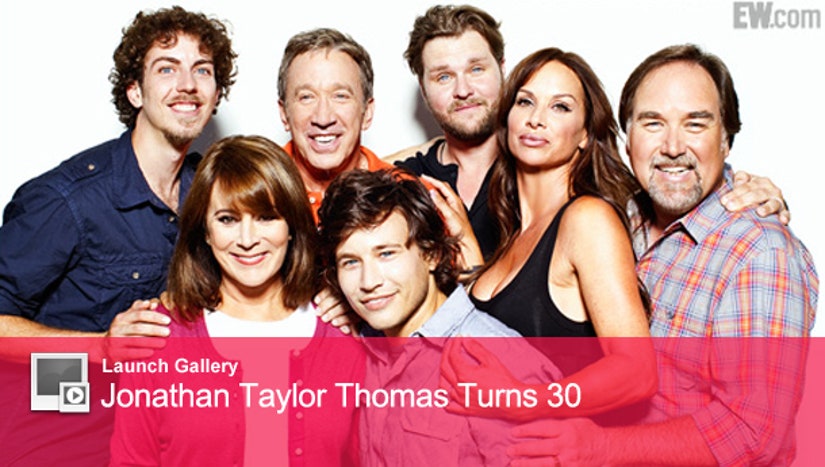 Since his "Home Improvement" mom Patricia Richardson leaked some photos from an upcoming Entertainment Weekly Reunion Issue on her Twitter, EW decided to reveal an official pic from the shoot last night ... with JTT front and center.

Richardson tells the magazine "It was awesome” to reunite with the boys again. “You know where you can pick up and it feels like no time has passed at all? And at the same time you look at them and say, 'How can you possibly be that age because that makes me way old!'”

The Reunions Issue of the magazine hits newsstands October 7.