The pop icon called into a taping of "The Ellen DeGeneres Show" with Chaz Bono, airing today, to defend her son from those who are going to boycott the show because he's on it. 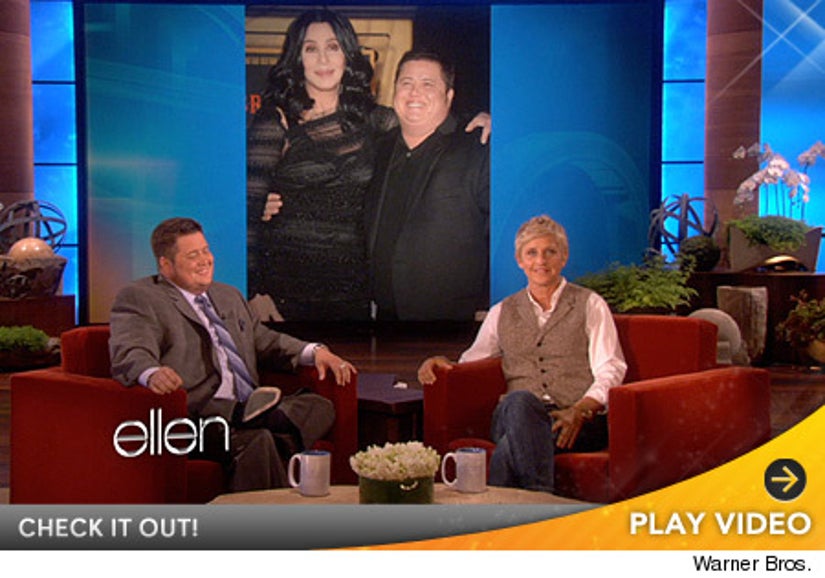 "If you got that excess time and that amount of hostility, I'm not so sure that I can say anything to you that would make you change your feelings," she says.

Continuing, as only Cher can, she adds "Because you know those are such feelings of hostility and fear, that I don't know that I would have any magic words to make you feel more comfortable and to soothe you into not being terrified of my child dancing on “Dancing With The F*#%ing Stars.”

And while she stands behind Chaz's sex change now, telling Ellen "The way he's handled himself. You know, my child, is a wonderful child," she is still worried about one thing: His ability to actually dance.

Though Chaz says he's "pretty good" at the Cha Cha, the Quick Step is giving him trouble.

"I got to tell you something," says Cher, "You doing this dance is about as scary as you making the 'change.'"

See more from the interview with Cher and Chaz today on "The Ellen DeGeneres Show."