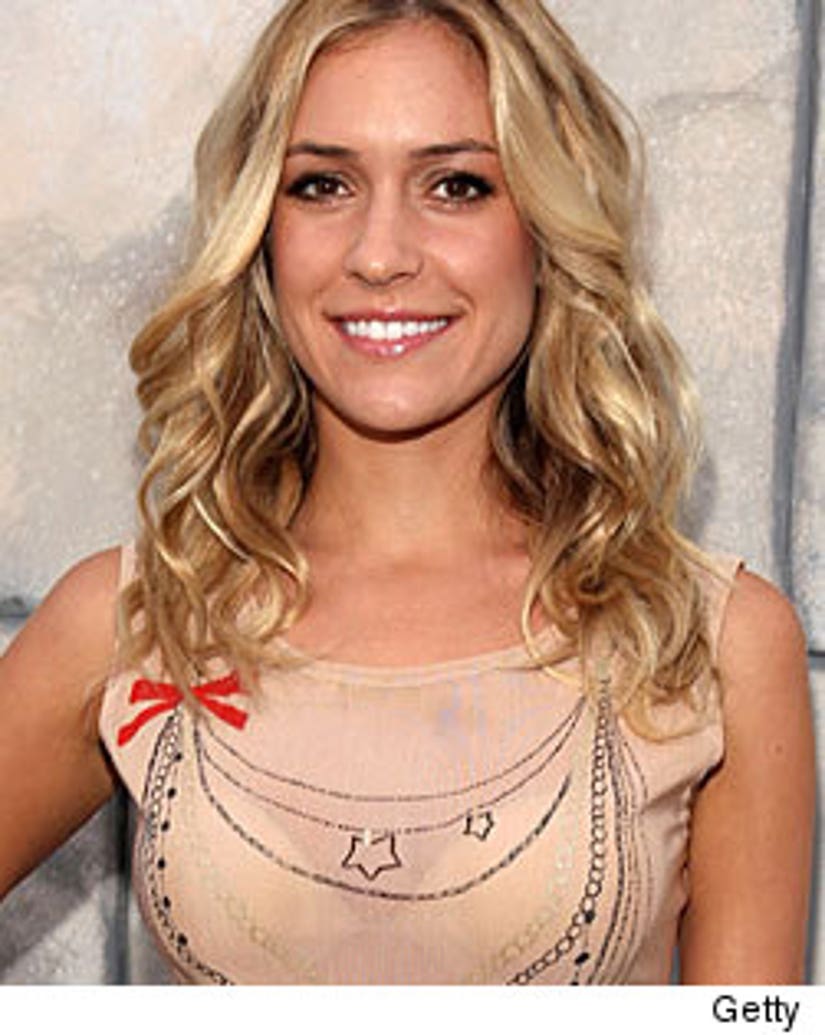 With Season 13 of “Dancing With the Stars” around the corner, there is no doubt that most of the discussion has been focused around Chaz Bono – the show's first transgendered contestant.

TooFab's Anthony Dominic caught up with Chaz's castmate and “The Hills” star Kristin Cavallari to dish on Chaz and other “Dancing with the Stars” hot topics. Check out the exclusive interview below:

TooFab: Last year you told a camera guy that you wouldn't do “Dancing With the Stars.” What made you change your mind?

Cavallari: They've asked me almost every season and I've always said no, just because I thought I would be too nervous. But for whatever reason, this year when they asked me I just thought, why not? Everyone I talked to said it's the best experience and so much fun and I feel I have nothing to lose; I might as well just go out there and have a good time.

TooFab: What are you most excited about?

Cavallari: I'm excited to learn all the different dances. I mean, when else will I be able to learn dances with this kind of training? It's a cool thing to know how to do.

TooFab: There has been a lot of fuss in the news about Chaz Bono participating in the show, what is your point of view on this?

TooFab: From what you have seen who do you think the best dancer is?

Cavallari: I haven't seen anyone dance yet but just off of personality I think that David Arquette and Ricki Lake are going to be fan favorites. I think David is going to be very goofy and fun and really entertaining, and Ricki is so sweet that I think America is going to fall in love with her if they don't already.

TooFab: Have you changed your diet or anything since you signed onto Dancing with the Stars?

Cavallari: No, if anything I've been eating more just because we have such long hours and everything. Everyone loses weight, so I knew that I could afford to eat as much as I wanted pretty much.

TooFab: Have you ever studied dance before, like ballet as a child or anything?

Cavallari: No, I took ballet when I was really little and only for a little bit and didn't take it seriously I just sort of did it since everyone else was doing it. So no, I really don't have any dance experience.

TooFab: How often are you training?

TooFab: Is it different for every team or do you all have the same regiments?

Cavallari: They're all pretty similar. We are not dancing for five hours straight, we have a lot of breaks and sometimes we are just messing around. The first week we only did two or three hours a day actually. It's just in the past week we've been doing five hours a day.

TooFab: Do you and partner Mark Ballas have a team name?

TooFab: If you win what will you do with the Mirror Ball Trophy?

Cavallari: Put it somewhere in my place!

TooFab: What's next, what are you planning on doing after “Dancing”?

Cavallari: I just started pitching this reality show that I'm producing, so hopefully that gets picked up soon. I'm working with Chinese Laundry, the shoe company; I'm doing online fashion blogging with them so hopefully it will eventually turn into my own shoe line. I'll hopefully get back into acting after “Dancing With the Stars” too.

“Dancing With the Stars” premieres Monday, September 19 at 8:00pm on ABC.

Do you think Kristin has what it takes to win the Mirror Ball Trophy? Tell TooFab in the comments below!