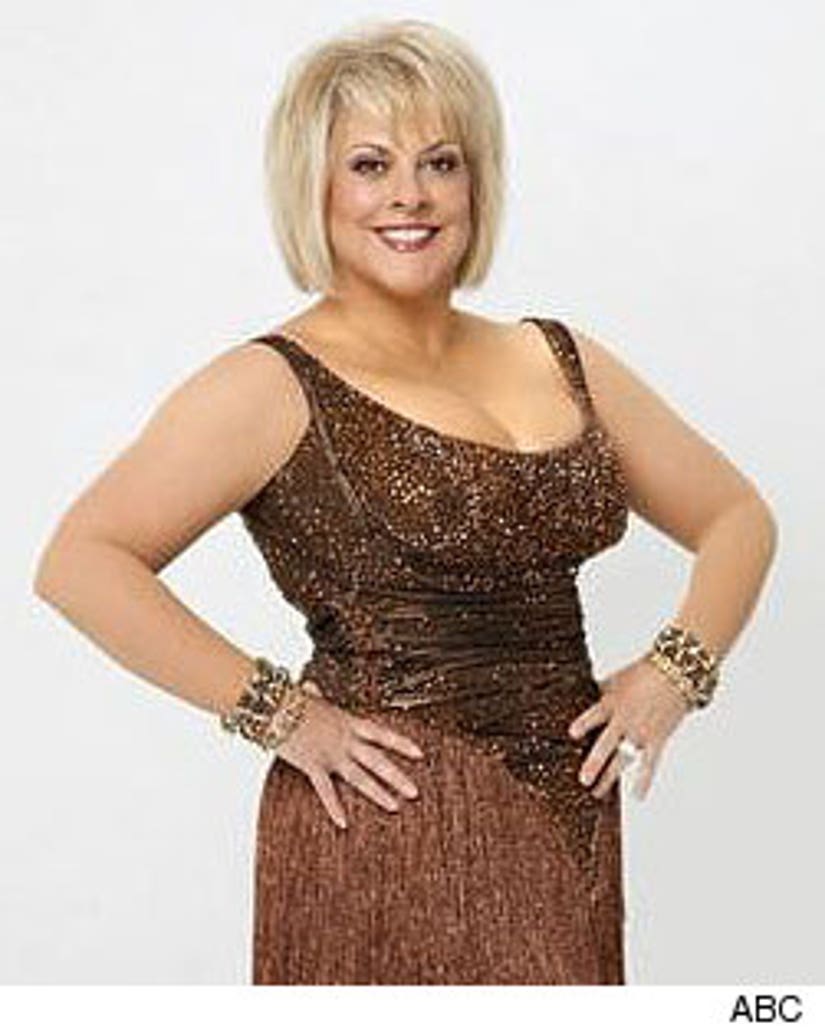 Nancy Grace nearly cha-cha'd her way off the "Dancing With the Stars" last week.

She and professional Tristan MacManus found themselves in bottom two, but it was Ron Artest aka Metta World Peace who had the unfortunate distinction of being eliminated first.

Fortunately, the TV host redeemed herself in week 2, dancing a solid routine that placed her in the middle of the pack. First, a recap of the earlier performances.

Hope Solo and Maksim Chmerkovskiy kicked off the show with an energetic jive. The soccer star flaunted her abs in a flashy dress and scored 19/30. Kristin Cavallari and Mark Ballas followed with the night's other dance -- a quickstep -- and scored a very strong 22/30.

David Arquette and Kym Johnson's jive was noticeably messy, and their 18/30 reflected it. Elisabetta Canalis and her partner Val Chmerkovskiy bickered in rehearsal but pulled it together for the show, earning a 21/30 -- two points more than his older brother Maks.

Rob Kardashian followed, and surprised many with his jive. "It's official," judge Carrie Ann Inaba declared. "Rob Kardashian is a better dancer than Kim Kardashian (his older sis was eliminated early on in Season 7)." Fellow judge Bruno Tonioli said Rob started to "blossom" and Len Goodman praised his improvement. Like Elisabetta, Rob and partner Cheryl Burke earned a 21/30.

Carson Kressley and Anna Trebunskaya gave a fun but frenetic quickstep to earn a low 18/30. They were followed by the night's highest scorers -- Ricki Lake and Derek Hough. Derek bared his chest for their jive to "Hey Ya!" and did a lot more difficult content than Ricki, but they scored 23/30.

Chaz Bono and Lacey Schwimmer followed with their quickstep. Chaz, who has been suffering with a knee injury, clearly struggled with the fast pace of the dance. He smiled through the routine, but judge Inaba critiqued that "charm takes you so far." He was also likened to a dancing Ewok. They earned the lowest score of the night: 17/30.

Chynna Phillips, who established herself as a frontrunner last week, delivered a solid jive with Tony Dovolani and scored 21/30.

Next up was a very motivated Nancy, who performed a lot of tricky steps in her quickstep and was rewarded with far better scores than the previous week, including one 8. She and Tristan tied Rob, Elisabetta, and Chynna with a score of 21/30.

Finally, J.R. Martinez and partner Karina Smirnoff saved one of the best routines for last, performing a jumping jive appropriately to Brian Setzer's "Jump, Jive and Wail." They performed with great panache, and ended just shy of the top spot with 22/30.

Going into Tuesday's elimination, Chaz, David, and Carson are most at risk for being eliminated. Check in with TooFab tomorrow night to see is going home.