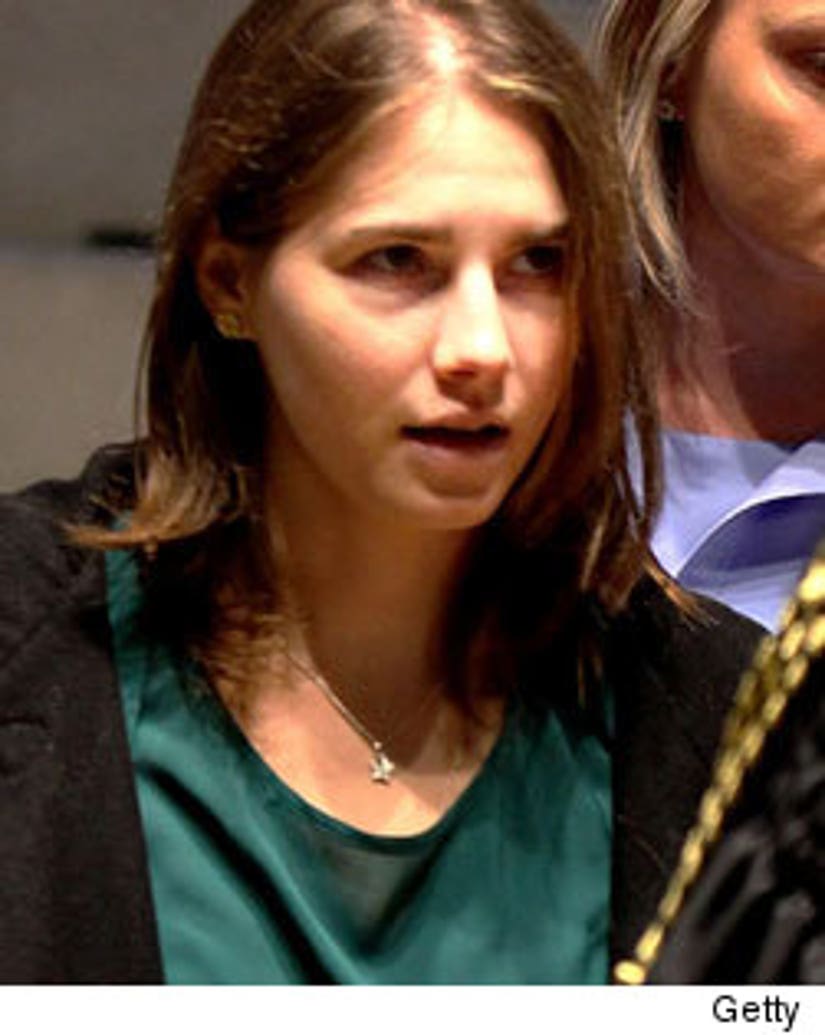 "Congratulations to amanda knox and the knox family for the overturning of her guilty verdict in italy," tweeted Nick Lachey. "What a relief it must be for them!!"

He wasn't the only one on Amanda's side, as Roseanne Barr posted "hurray for the amanda knox verdict!!" -- with Kyle Richards adding "So happy Amanda Knox is free. My heart goes out to her , her family and Meredith Kercher's family."

Brody Jenner expressed shock over the verdict, writing "Wow Amanda knox found not guilty? I am shocked.. What do u guys think?" -- and followed it up by adding, "For all who are making opinions.. I just said I was shocked. I did not say I agree or disagree with the verdict."

And Jill Zarin had the victim in mind, tweeting "My heart goes out to the family of Meredith Kercher."

FYI: We also reached out to Hayden Panettiere -- who played Knox in a Lifetime movie -- but she had no immediate comment.