A few months ago, we showed you photos of Matthew Perry's amazing modern pad in the Hollywood Hills. The former "Friends" star is unloading his Malibu retreat presumably now that he's moved into his new place. 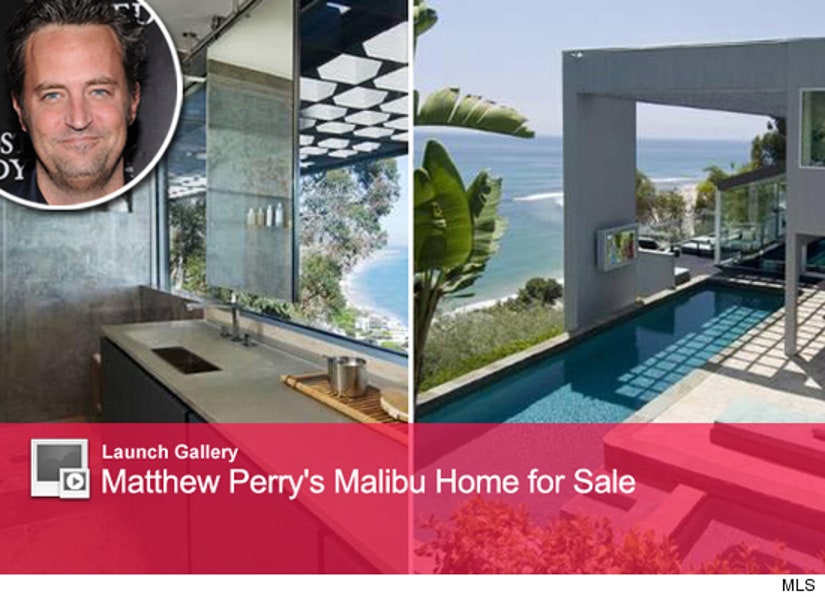 One thing's very clear: Matthew loves the modern aesthetic. One bathroom boasts a floating mirror and a window that stretches the entire length of the wall. There's also a screening room with giant screen. No Malibu home would be complete without an amazing lap lane pool overlooking the ocean.

Of course, if he ever misses the beach, he can visit friend Courteney Cox in her Malibu mansion.